A screening of 100 Short Stories by Neal Livingston.

One is the Lake Ainslie battle against hydro-fracking and the other is a local wind-business start-up that faces opposition from "predatory capitalism" at every turn, but spins through in the end. The footage of the raising of the windmill is breathtaking, and Neal Livingston's capturing of the individuals and community that make it happen is instructive as well as inspiring.

The film will be showing daily until July 6th:

Showtimes for the following week are not listed yet.  It is best to refer to the Kingsway Theatre website or https://nowtoronto.com/events/100-short-stories/

Tickets are $15 and can be purchased at the box office, along with popcorn! 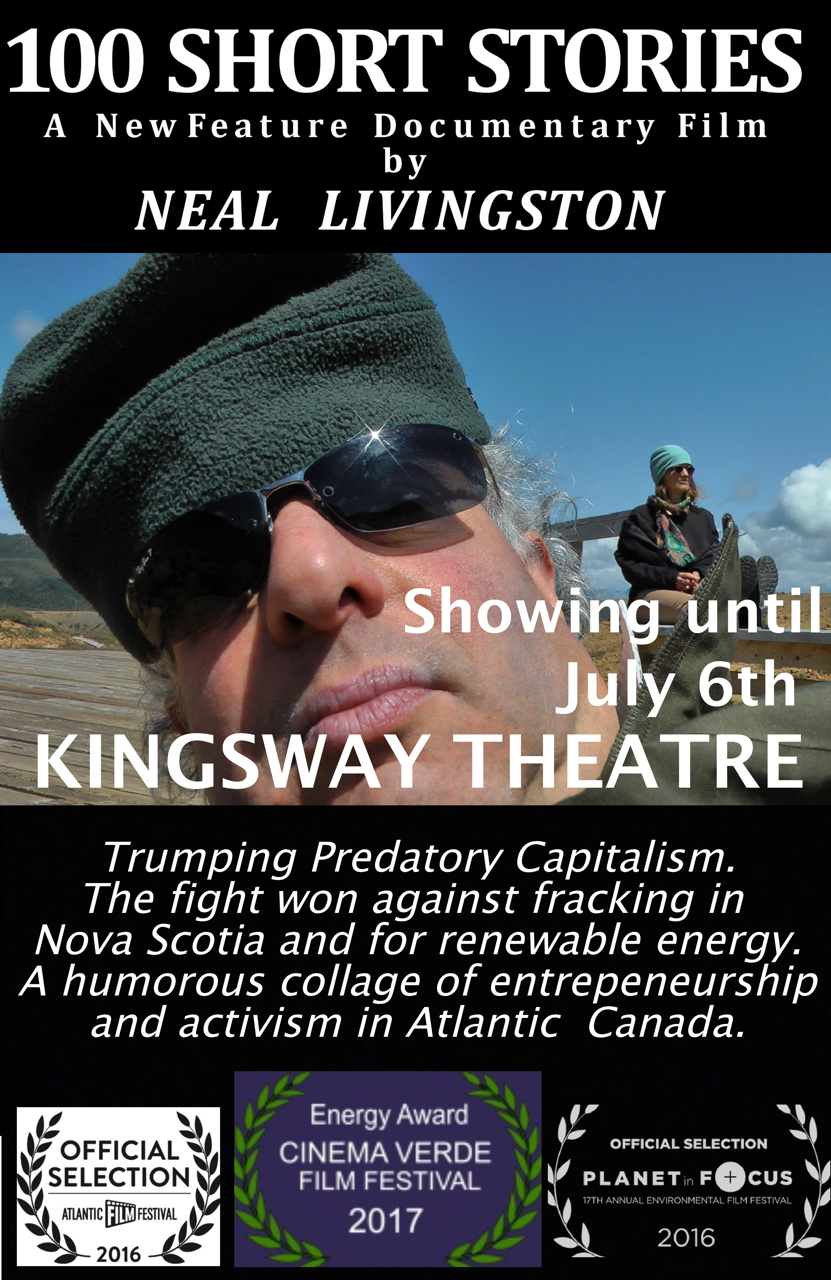