Join the People's Climate Intervention to show opposition to the Energy East pipeline. We need to let the National Energy Board know that Canadians care about the climate impacts of the proposed project.

Stephen Harper and TransCanada have plans to build the biggest Tar Sands Pipeline yet! While it has already met some early concern from impacted communities and provinces, Harper is calling the pipeline a 'Nation builder'. At 4,500km in length and moving 1.1m barrels of oil per day, Energy East threatens a 32 million tonne increase in greenhouse gas pollution.

If you want to learn more about this project, explore its route and see what is being done about it, check our interactive issue map at www.pipeleaks.org 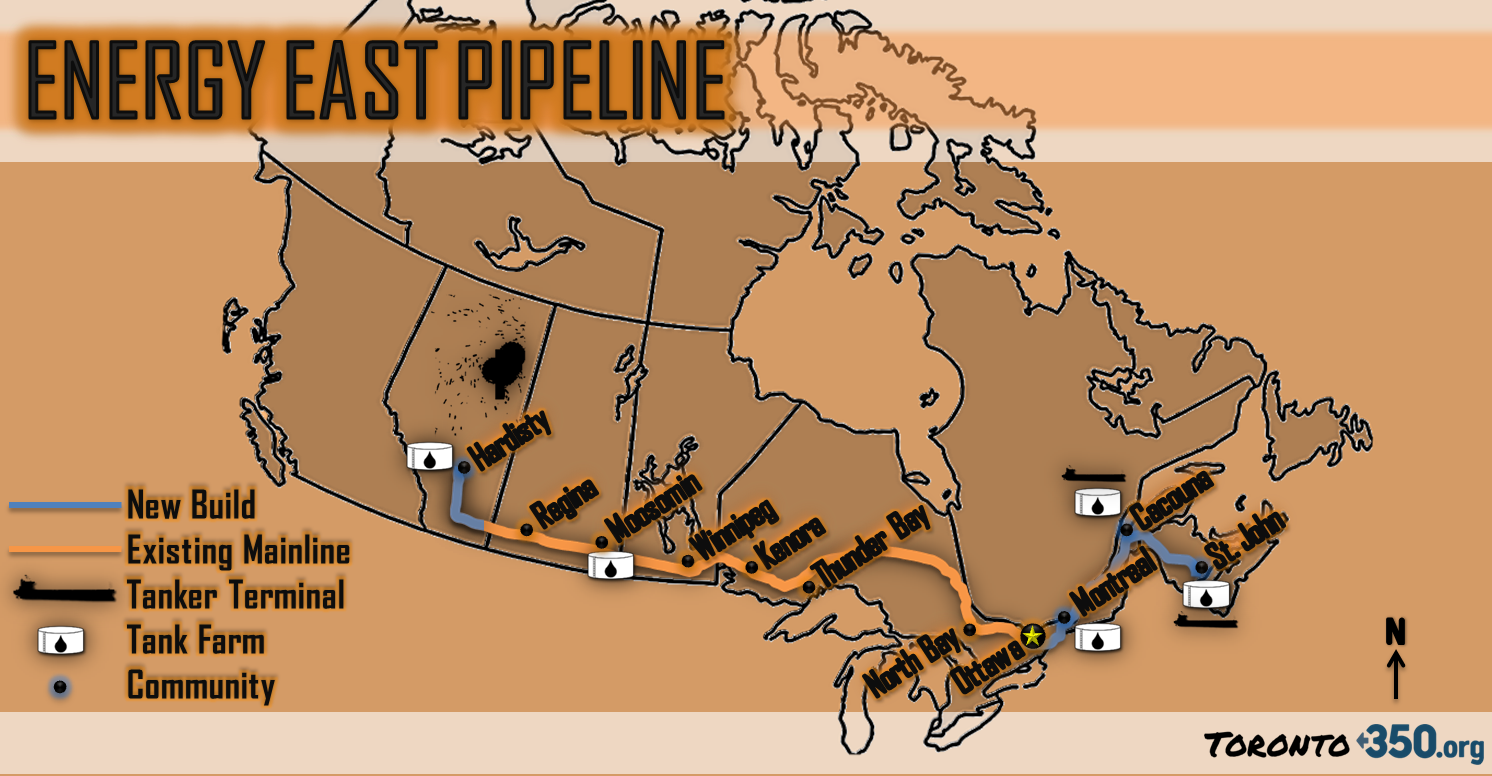 The pipeline is being built by the same megacorp behind the controversial Keystone and Keystone XL pipelines. Running from Alberta to New Brunswick, the pipeline will guarantee a massive expansion of Tar Sands extraction capability.

The National Energy Board is the federal regulator in charge of reviewing pipeline projects. The NEB's mandate to review projects has been empowered by the conservative government. Steven Harper has poured millions of dollars worth of grease onto the rails in his bid to get his 'pet' pipeline projects approved. 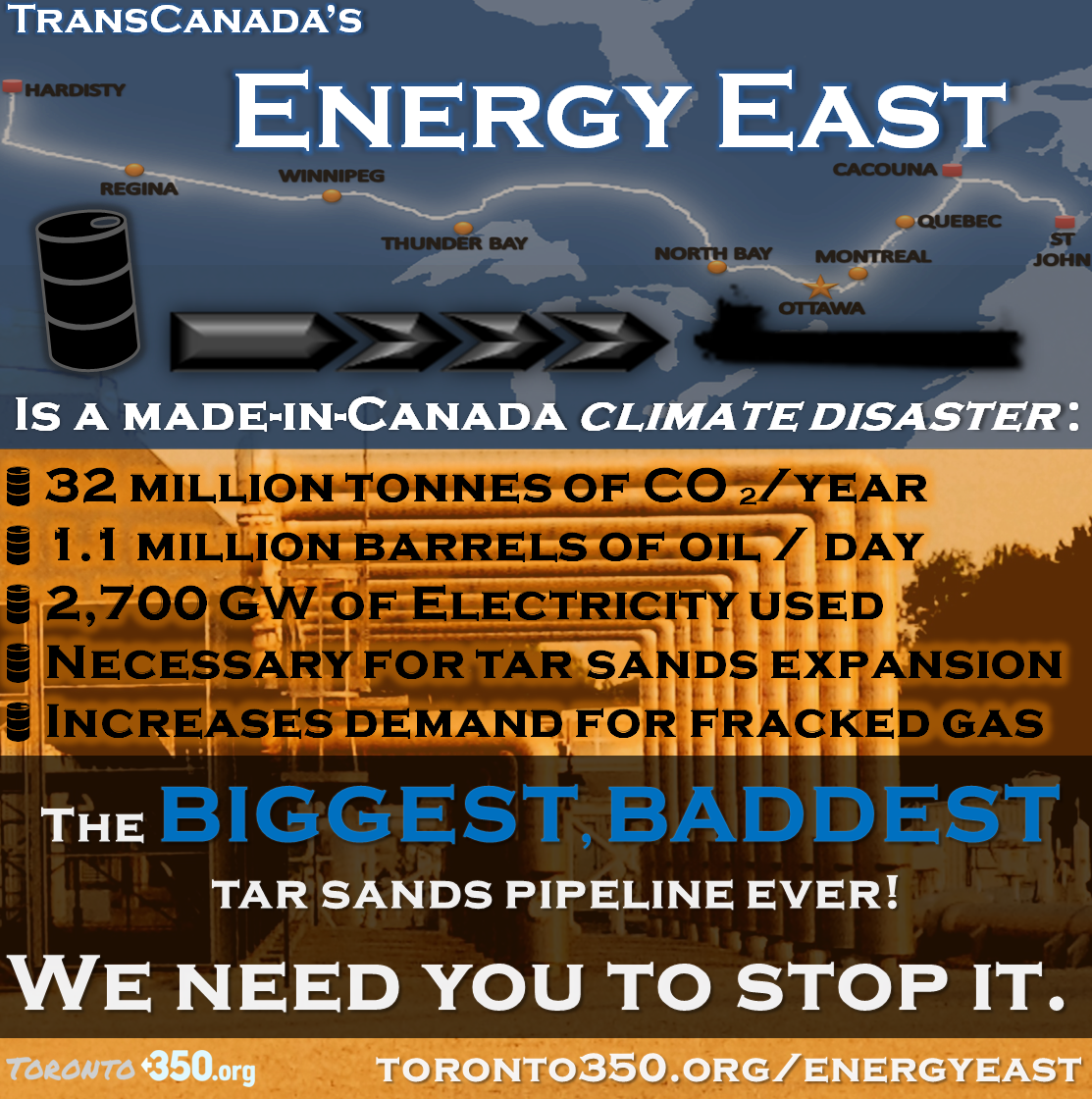 The NEB refuses to consider the climate impacts of the project. They are willing to hear expert testimony about spills, land use and commercial gas shortages but they will not hear any input from experts or the public about the upstream or downstream greenhouse gas emissions resulting from the project.

By adding your voice to our call you will help demonstrate that Canadians care about our climate and our democracy. Contrary to what Harper wants, project reviews don't exist just to win approval for industry. They are an important platform for the concerns of civil society to be in front of industry experts and decision makers.