(Toronto, ON) At 9:30 this morning dozens of people descended on the opening of the Toronto Stock Exchange to highlight the climate and financial risk of fossil fuel investments. They floated banners reading “Don’t Bank on Tar Sands ­ Divest Fossil Fuels Now” and occupied the TSX front office. The action comes on the eve of Global Divestment Day, an international day of action calling for fossil fuel divestment. There are over 350 actions planned across the globe.

The action happens amidst thousands of layoffs in the tar sands and plummeting profits from fossil fuel companies. The federal government has been forced to delay their budget until at least April because of the implications of a collapsed oil price.

“The impacts of the oil shock across Canada are just a taste of the kind of dangerous volatility inherent to the fossil fuel industry,” said Katie Krelove, an organizer with Toronto350. “Add the climate risk of projects like the tar sands to what we’re already feeling and the answer is clear: it’s time to divest.”

Canada is drastically behind other nations when it comes to acknowledging the climate and economic risks of fossil fuel development. Recently Bank of England Governor Mark Carney announced that England would be exploring the risks of the “carbon bubble.” Norway’s sovereign wealth fund divested from coal and tar sands companies due to climate risk. The Carbon Tracker estimates that upwards of $260 billion in tar sands investments could be at risk as the world takes action to keep climate warming below 2°C, the global target to which the Canadian government has committed.

“What we’re seeing today, from layoffs to governments struggling to balance budgets, is directly linked to Stephen Harper refusing to take climate change seriously and pursuing relentless tar sands expansion,” said Graham Henry, a University of Toronto law student and organizer with Toronto350. “Climate scientists and economists are warning us that the world needs to stop burning dangerous fossil fuels. It’s past time we started listening.”

This action comes as momentum continues to build across Canada following a vote by 62% of UBC faculty in favour of divestment and announcements from the Catherine Donnelly Foundation and the David Suzuki Foundation that they had ceased investing in fossil fuels. In late 2014, Concordia University announced it would be starting the process by divesting $5 million from fossil fuels. 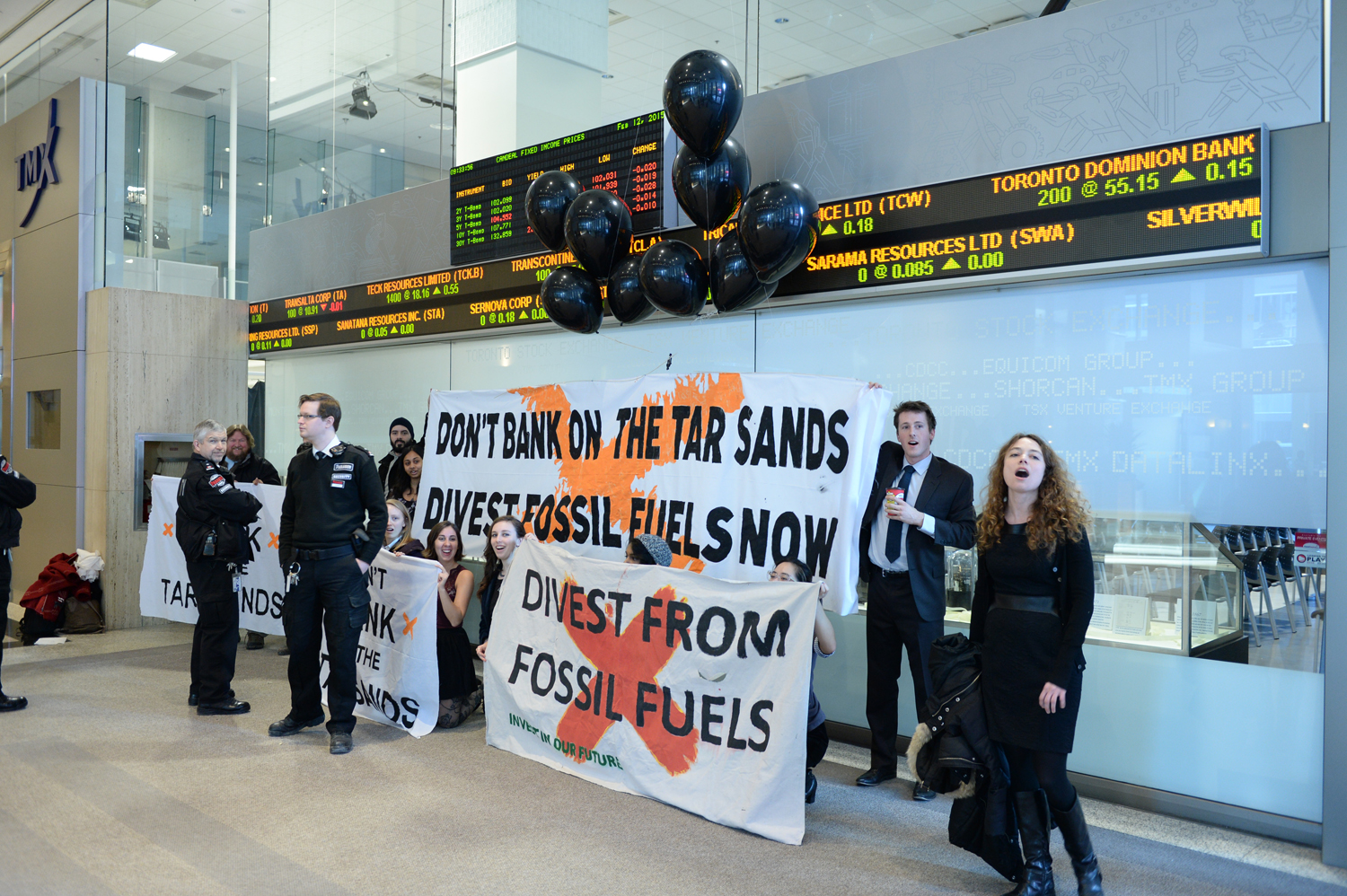 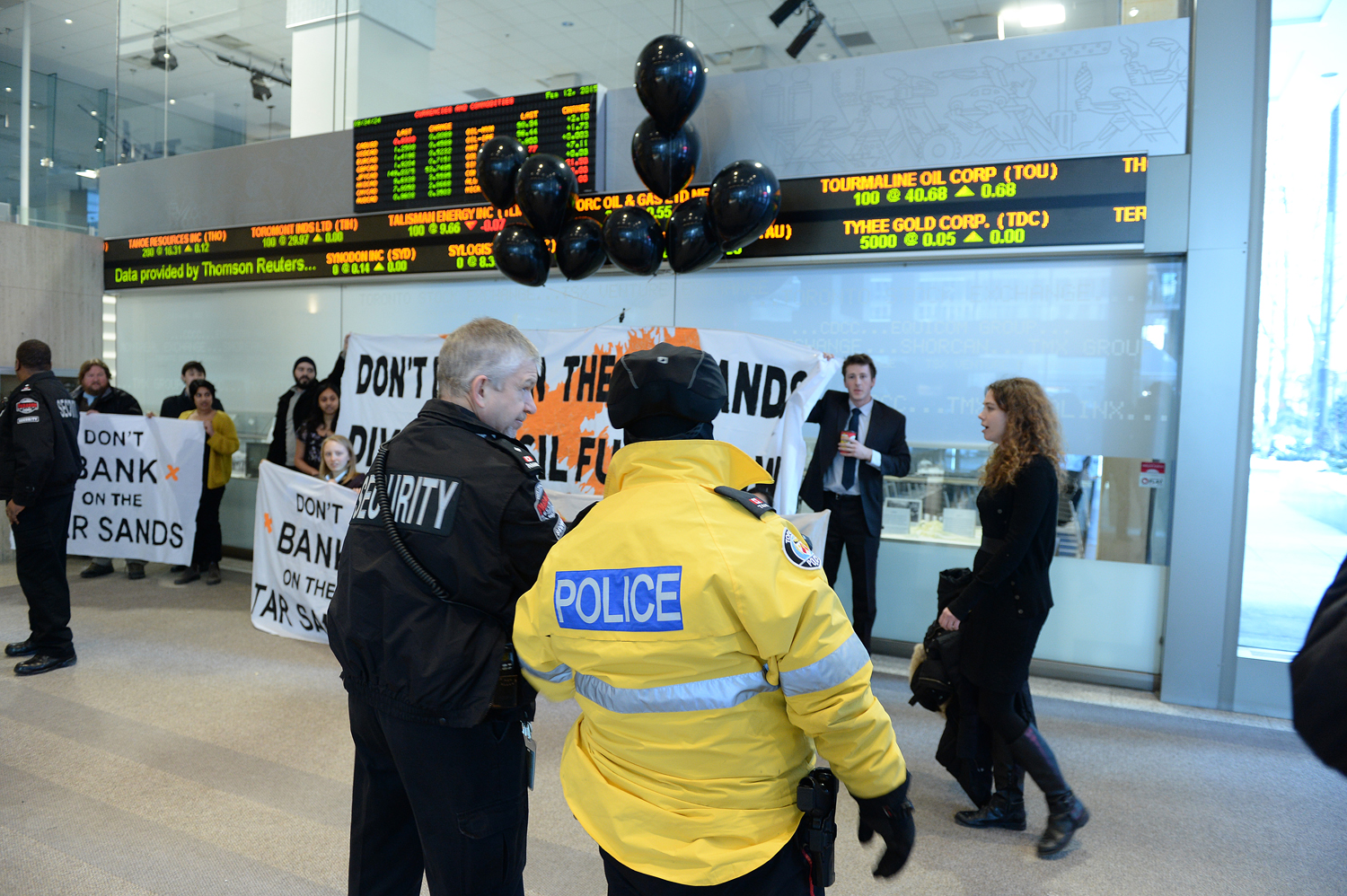 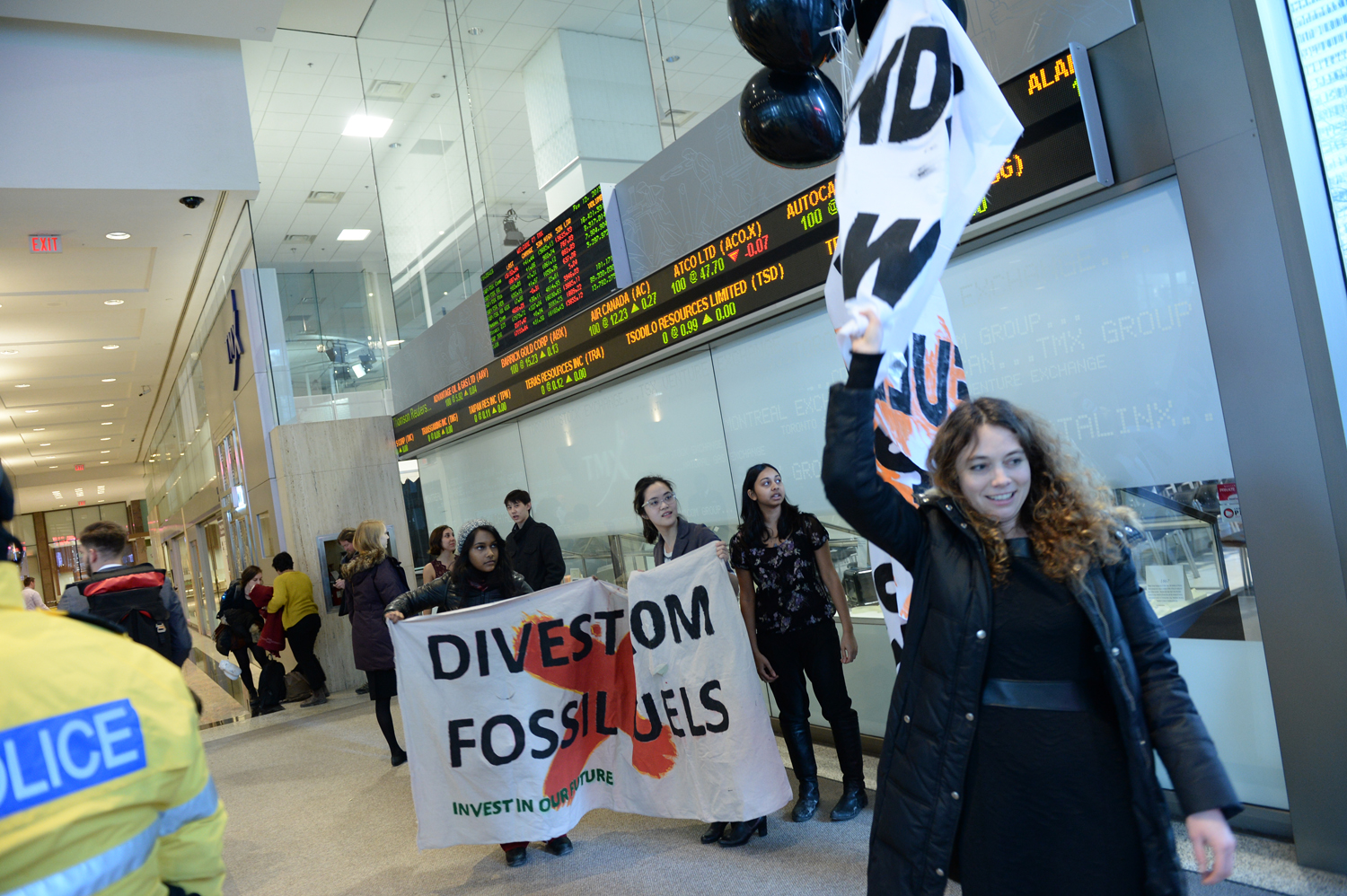 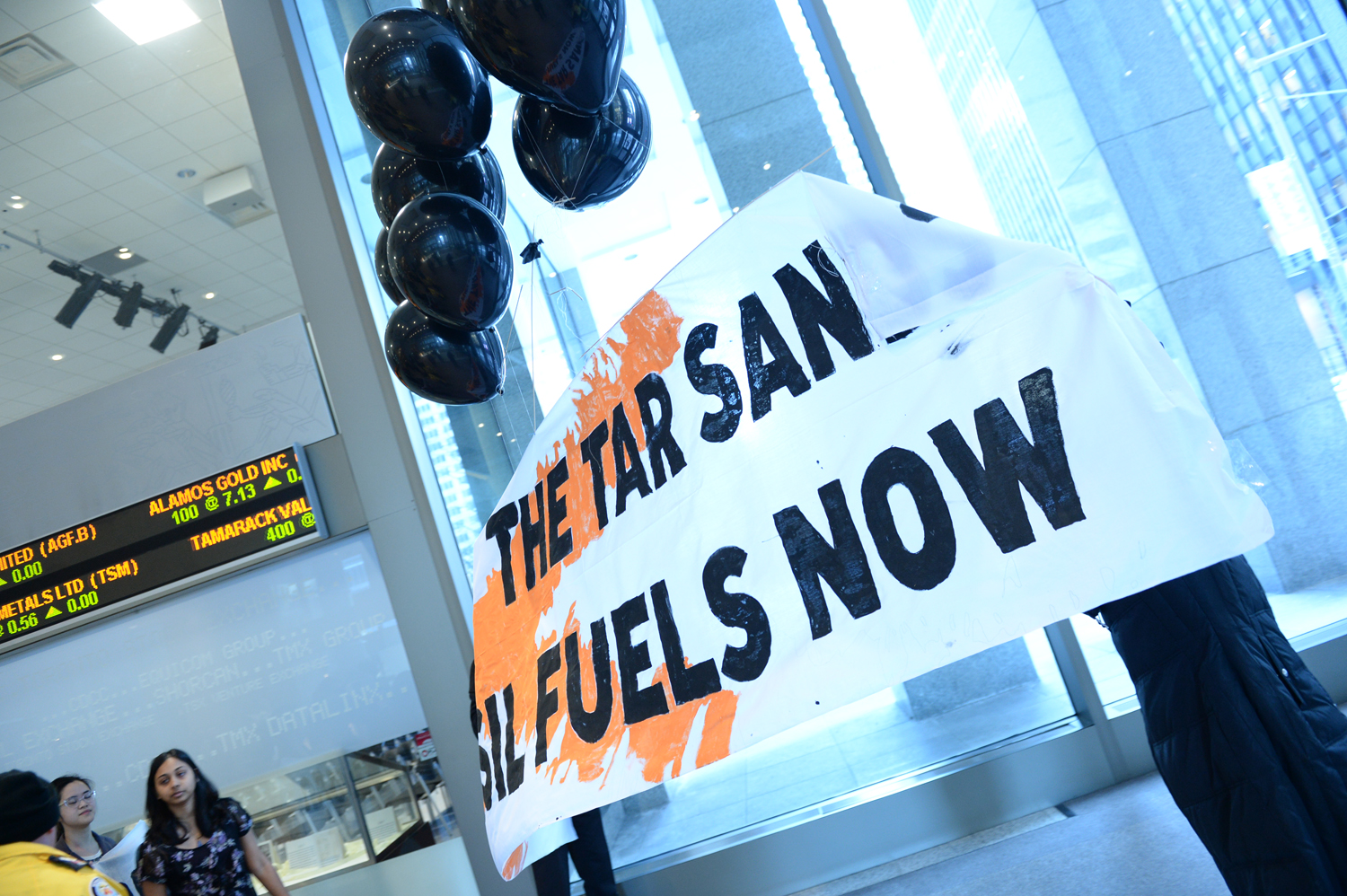