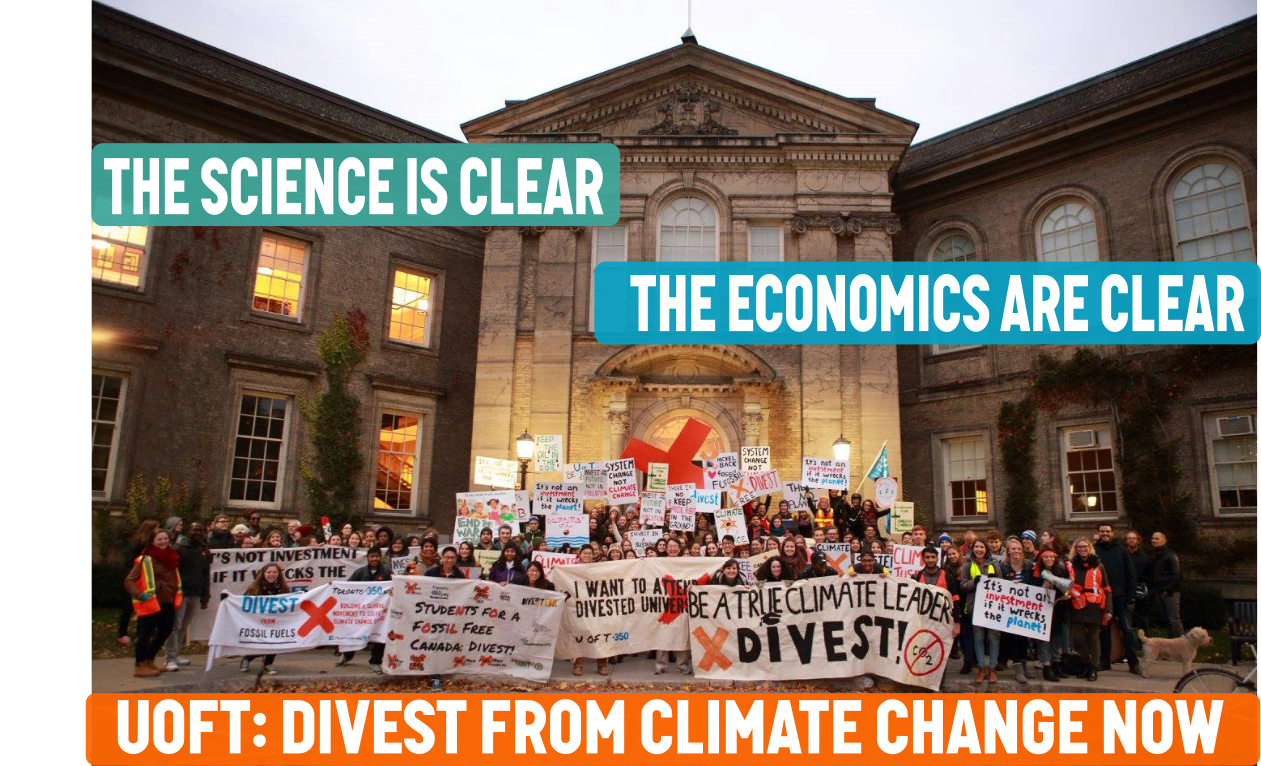 A new tool by Corporate Knights has found U of T has lost $550 million Canadian over the last 3 years because they did not divest from fossil fuel companies.

This new analysis shows that not only are fossil fuel companies environmentally disastrous, but they are damaging our University's bank account.

In three weeks it will be President Gertler's turn to decide whether UofT should divest from fossil fuels. To build pressure, U of T's fossil fuel divestment campaign is asking everyone to send a letter to President Gertler and the committee that will make a recommendation to him:

Dear President Gertler and members of the Ad-Hoc Committee on Fossil Fuel Divestment,


As a member of the University of Toronto community, I urge you to divest U of T's endowment from direct stock holdings in the world's 200 fossil fuel companies with the largest reserves of coal, oil, and gas within the next five years.


Not only does U of T have a chance to be climate leader before the COP21 UN climate conference, we have a fiduciary duty to our students and staff to stop investing in fossil fuels. A recent report from Corporate Knights showed U of T lost $559,000,000 on its endowment and staff pensions by not divesting three years ago.

I am proud to be part of U of T because U of T is a global leader. The way to lead on climate is to divest from fossil fuels. Please, lead.