Toronto, ON - University of Toronto President Meric Gertler has rejected his own committee’s recommendation to divest from some fossil fuel companies. This decision comes at the end of three years of advocacy by the University community, including endorsements from the Faculty Association and all major campus student unions. The President instead announced that he is asking the University’s investors to consider environmental, social, and governance (ESG) factors.

Following a year of review, the President’s expert committee stated last December that “fossil fuel firms engaging in activities that blatantly disregard the 1.5-degree threshold are engaging egregiously in socially injurious behaviour [...] The University should, in a targeted and principled manner, divest from its direct holdings in such firms.” The committee singled out unconventional extraction techniques such as oil sands, Arctic drilling, and fracking to be incompatible with the Paris Agreement and the Canadian government’s climate commitments.

Additionally, they stated “to observe the 1.5-degree threshold, we cannot burn all of our fossil fuels reserves." This issue, which is central to preventing catastrophic climate change, is effectively ignored in the administration's decision.

“For more than 30 years, my parents’ generation has failed to make any meaningful progress on this issue. Our inaction is denying future generations and low-income populations around the world their security, dignity, and livelihoods,” said Clement Cheng, a first year student and divestment organizer. “In 2015, we experienced the hottest year since record-keeping began, the lowest winter Arctic sea ice in history, and the fastest rising sea levels in 28 centuries. This underscores the urgency of taking ambitious action.”

The President’s decision announces that he established new working groups following the committee’s recommendation. Amanda Harvey-Sanchez, a second-year student, decried that “he rejected the recommendation from a consultative, interdisciplinary advisory committee. Instead, he chose to accept a decision made by secret working groups of his senior executive not included in U of T’s investment policy. By rejecting divestment as recommended by the committee, the President plans to maintain U of T’s investments in companies which the committee stated are imposing grave social injury. My school should not be trying to profit from the oil sands and fracking companies that are actively thwarting progress on climate change.

The University of Toronto Asset Management Corporation has come under fire recently: CEO William Moriarty received a 57% raise this year, bringing his compensation to $1.48 million.

For more information or to schedule an interview, please contact: 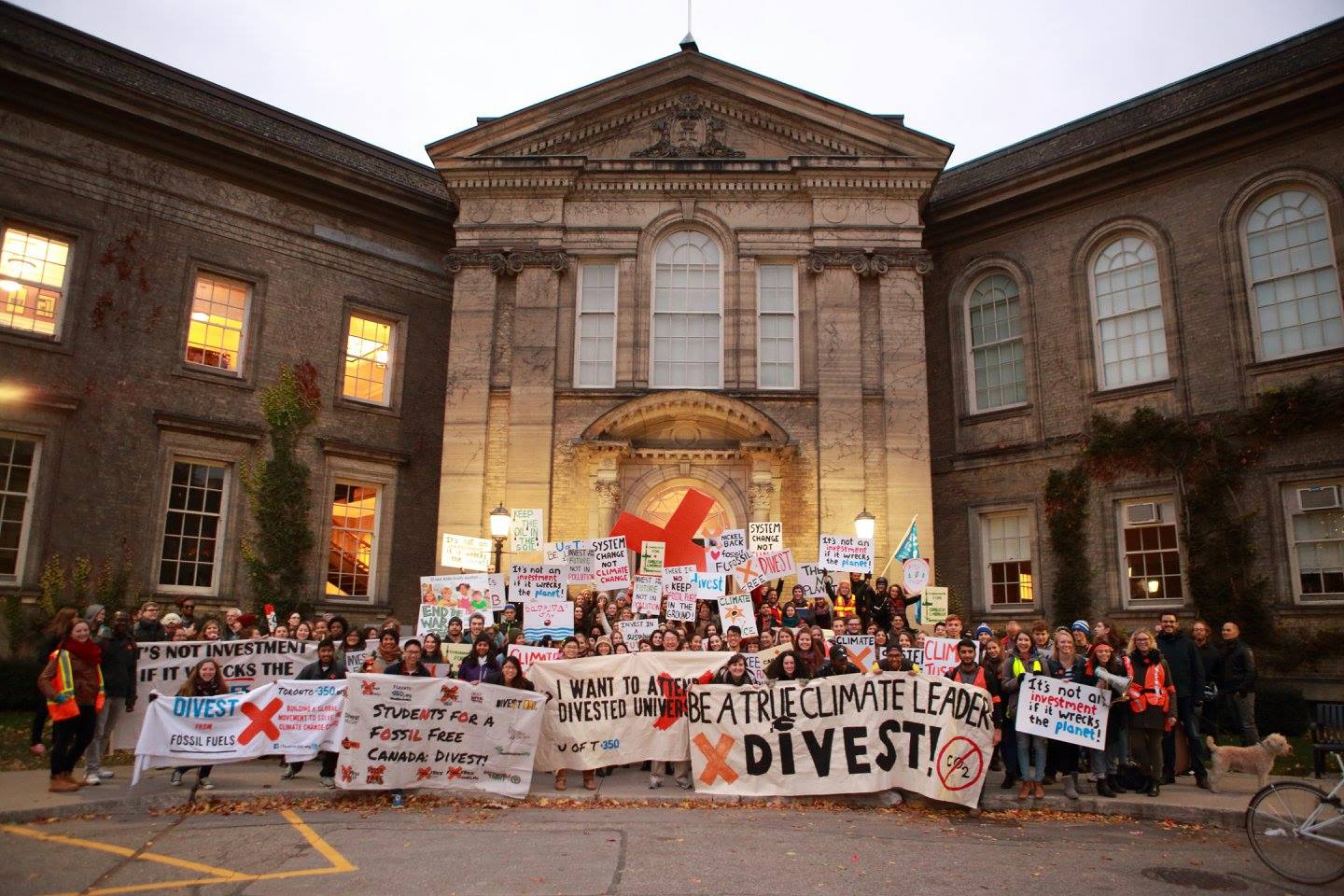