A Parent's Perspective on Fridays for Future 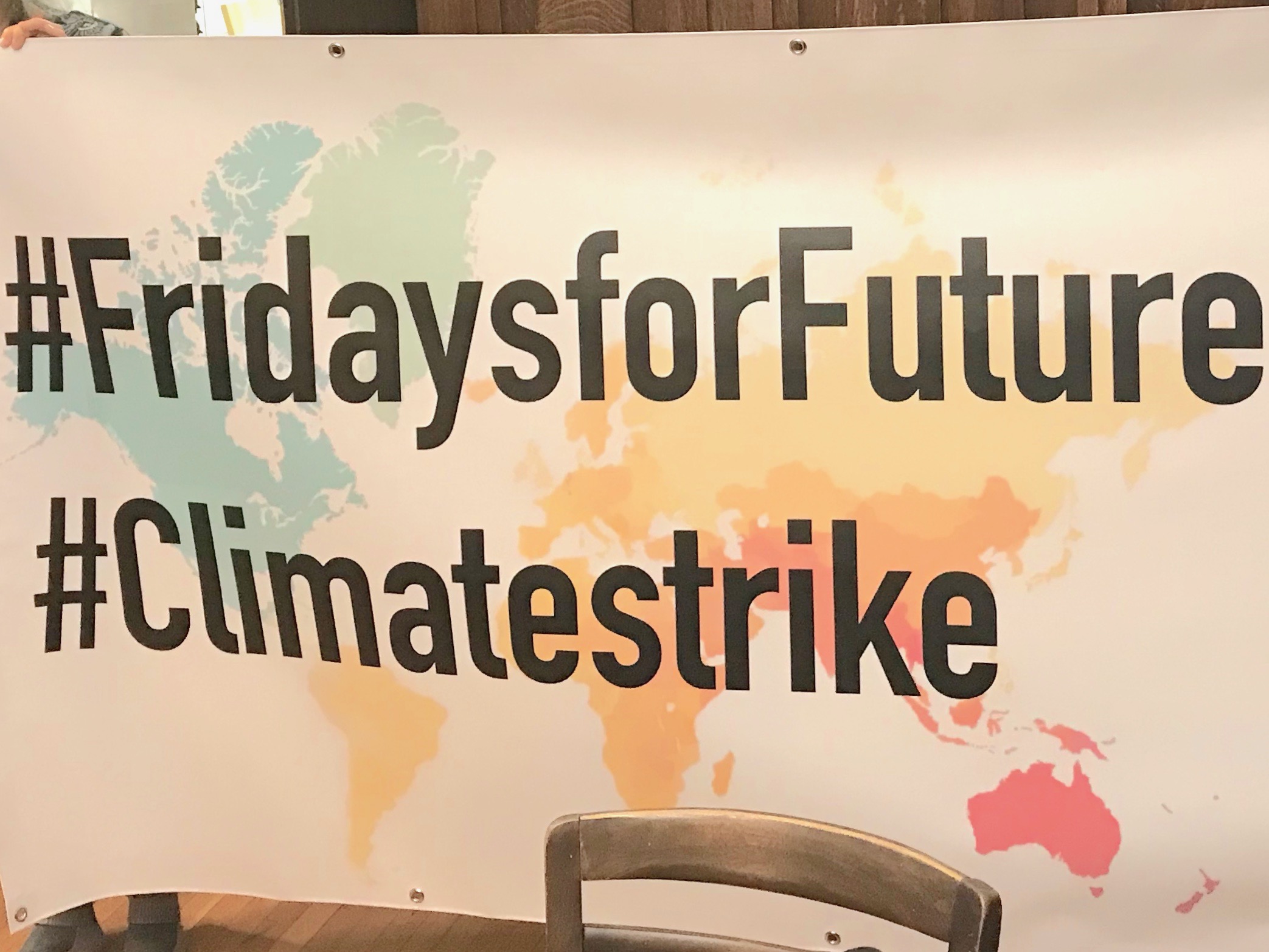 As I hurried across the road towards Queen's Park at 12:30 on May 24, my heart sank. Instead of the familiar sight of a crowd waving signs and the familiar sound of a voice coming through a loudspeaker, I was met with silence and emptiness. Had everyone run out of steam after that huge National Strike on May 3 (over 2,500 people)? Did they all stop caring?

I saw a young woman with a large sign and she told me she'd just learned the strike was at Nathan Phillips Square instead of the usual venue of Queen's Park, where the strikes have taken place since November 2018. We talked as we walked over together. She was a recent biology graduate who had just returned home from Dalhousie. We discussed Toronto's unique, dying ravine system, and wondered how to make people care enough to save it. By the time we got to NPS my lunch hour was pretty much gone, but I stayed for about a half hour before heading back to work.

As always, there were kids, dogs and songs. There were impassioned speeches. There were hilarious, heartbreaking signs ("No World, No Fortnite." "You'll Die of Old Age, I'll Die of Climate Change" (this one pinned to a baby's bib, no less).  "I Want to Meet My Grandkids."). The speakers, usually hard to see over the signs and heads, were elevated up on the walkway. I saw my new friend up there, taking photos with a big black camera and holding her sign: a beautiful painting of crashing waves that would have looked at home on anyone's living room wall.

There's been a lot of math going on in my head lately. I read the newest report predicting impending ecological and social collapse and I subtract to find out how old my almost-three-year-old will be when it all falls apart, and then how old I'll be. Of course, it won't just snap like a twig. There will be years of decline. How old will she be when that starts happening? How old will I be? Will I still be able to protect her? Will she have to face the decision to abandon me if I'm too infirm to care for? And what will that feel like, to leave her behind in that world?

I feel grateful to the kids at these strikes for giving me the most hope for the future I'm able to feel these days. I feel guilty that they must bear the burden of taking action on top of the weight of their uncertain future. I wonder if my daughter will have to continue this fight someday, and what the world will look like then. I don't feel alone.

These kids will get older in a world that is hotter, more polluted, more chaotic, more dangerous. It's hard to imagine that they will stop caring about the climate crisis. They will be the leaders as my daughter comes of age. That gives me comfort.

I head back to my office job, where I will do my work that has nothing to do with the climate crisis and chat with my coworkers about anything but the problem that dominates my mind, but that I can never seem to mention to them. Right now, I don't know what doing "enough" is, but I'll feel good that I've done something and hopefully, I’ll be ready to act when I see the chance.

Editor’s Note: This past Friday, June 28th, the Toronto Climate Strikers held their last rally of the school year at Queen’s Park. Along with chants, signs and speeches, the group participated in guided meditation and shared ideas for self care as strikers aim for the long haul, keeping up the fight for appropriate climate action.

The movement is creating awareness about the climate crisis and influencing actions, like the many declarations of a climate emergency happening in cities, towns and regions around the world now.

To get involved and help build the movement….

And the supportive, ParentsforFuture group.

A global climate strike is in the works for September 27th. This one will include everyone - workers, unions, parents and grandparents.

For help talking to others about climate change, Toronto350 is running a door knocking program, to raise awareness about the climate crisis and push for greater climate action from our elected representatives and candidates. Come to a meeting, held pretty much every Tuesday at 25 Steelworkers Hall, 6:30-8:30, or send us a message for more support and information.

ClimateFast, another local Toronto group, is putting together a Kitchen Table Climate Conversation package to encourage conversations about the climate emergency across Ontario and help people gain the confidence to push for the significantly greater action we need now.

A few other resources on talking about climate change: