Inspired by Bill McKibben’s call to action in 2012, Toronto350.org organizers began pushing for fossil fuel divestment at the University of Toronto in April 2013. Following the university’s formal policy, we drafted and submitted a divestment brief which - in adapted form - was used by successful campaigns at the University of Glasgow and Trinity St. Paul’s United Church in Toronto. Now, eight years and six months after the campaign began, U of T is following recent announcements from Concordia, UBC, Guelph, Lakehead, UVic, and Waterloo and committing to sell off the direct holdings in fossil fuel companies from its endowment within a year, and to divest co-mingled fossil fuel holdings no later than 2030. 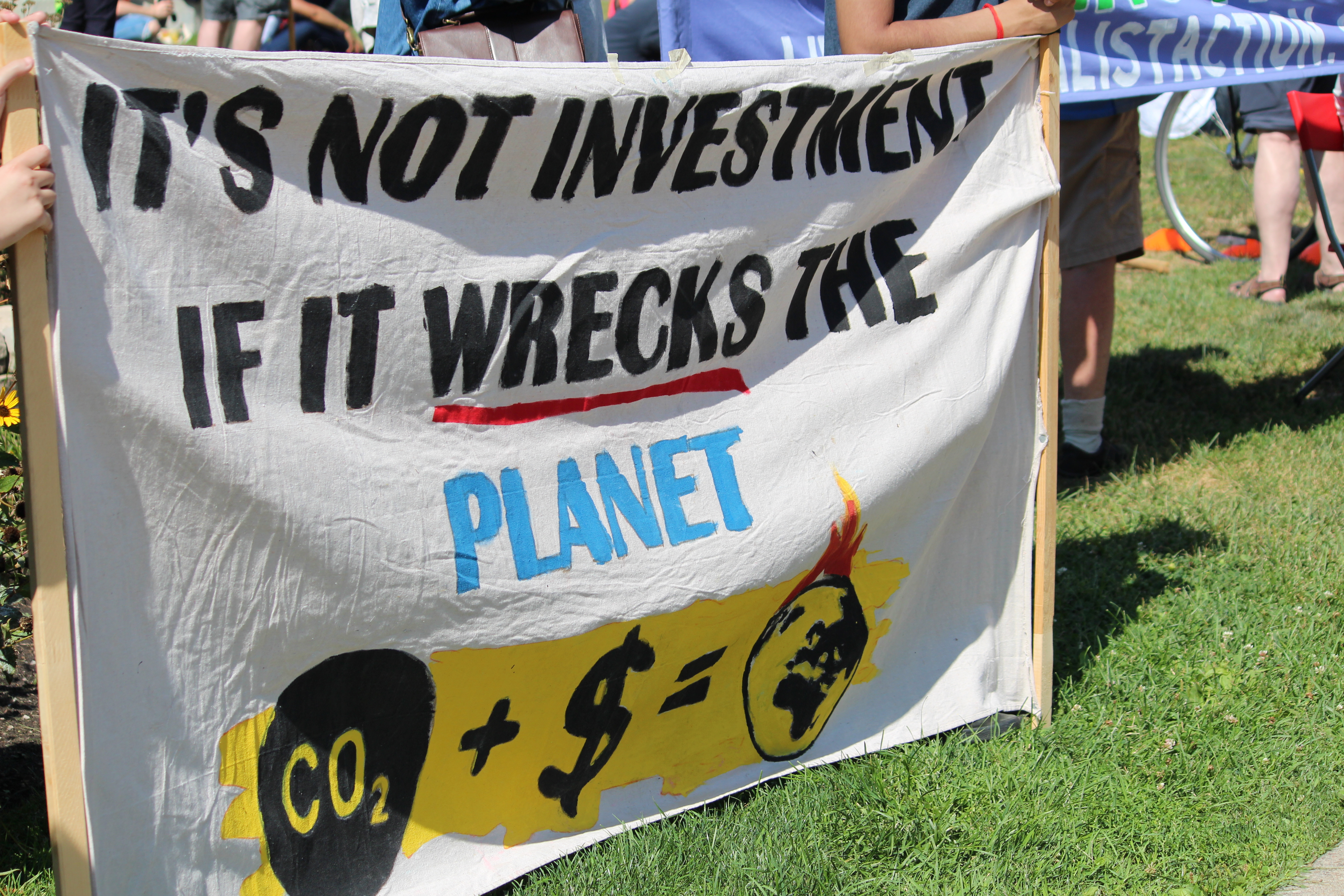 This victory, which took place in late 2021, is testimony to the persistence and determination of all the activists who have run the campaign, first within Toronto350.org and later within campaigns run by the Leap Manifesto chapter and the faculty and union driven Divestment & Beyond campaign. The victory also underscores how the central argument of the divestment movement has been accepted by credible organizations around the world: the fossil fuel industry is a socially injurious entity that has manipulated public opinion and public policy, and the only path to a climatically-safe world is to stop new investments in fossil fuel production, transportation, and use.

The Toronto350.org campaign first opened a divestment brief for endorsement by members of the U of T community in September 2013. After the president empowered an ad hoc committee to consider the question, we submitted an updated brief in April 2015. In December 2015, the committee chosen by the president came out in favour of divestment. We crafted a community response to those recommendations. In March 2016 the administration responded to the recommendations by rejecting divestment in favour of environmental, social, and governance (ESG) screening. That led to the transition in leadership of the student campaign at U of T to the Leap Manifesto chapter, and later the Divestment & Beyond coalition with a strong faculty and union presence.

Today’s announcement specifies that U of T will divest from direct holdings within a year, and co-mingled holdings by 2030 at the latest. It further commits to allocating 10% of the endowment portfolio to sustainable and low-carbon investments by 2025, an initial commitment of $400 million. The university is thus showing leadership by divesting from fossil fuel projects which have no place in a safe and sustainable future, and by investing in the development and deployment of climate-safe technologies which can sustain high quality lifestyles through the lifetimes of today and tomorrow’s students.

Over the last nine years, the fossil fuel divestment movement has succeeded in spreading an updated understanding of what prudent and responsible investment means, and how it cannot mean backing corporations and outdated technologies which threaten us all. The movement has spread awareness that rather than passively supplying demand, the fossil fuel industry has worked to mislead and to evade any regulations that would curtail its use of the atmosphere as a dumping ground. Finally, the movement has shown successive generations of students how success on climate change comes from collective action and from pressuring and persuading decision makers to recognize what is happening in the world, the harmful consequences of their past choices, and the opportunity they have to help lead everyone toward safer and more equitable alternatives.

Those energized and dedicated young activists are now going on to demand the same recognition of reality at all levels of society, business, and politics. A future with a devastated climate is not foregone, and the actions of U of T demonstrate how by applying both our knowledge and our empathy - and by incorporating our new understanding into what we do as well as what we say - we can collectively forge a global society where young people need not fear for their futures.