Before Christmas, pro-pipeline protesters gathered in Alberta, worried about their jobs and their families. The week before, I was at a protest in Toronto opposing a pipeline in British Columbia, because I’m worried about the climate and my family (especially my 4-year-old child). Both pro and anti-pipeline protests have continued into 2019. Recently, the urgency of these protests seems to have slowed down a little bit -- perhaps because of a slight uptick in the price of oil on international markets, something that is actually pretty much beyond the control of the Canadian government. 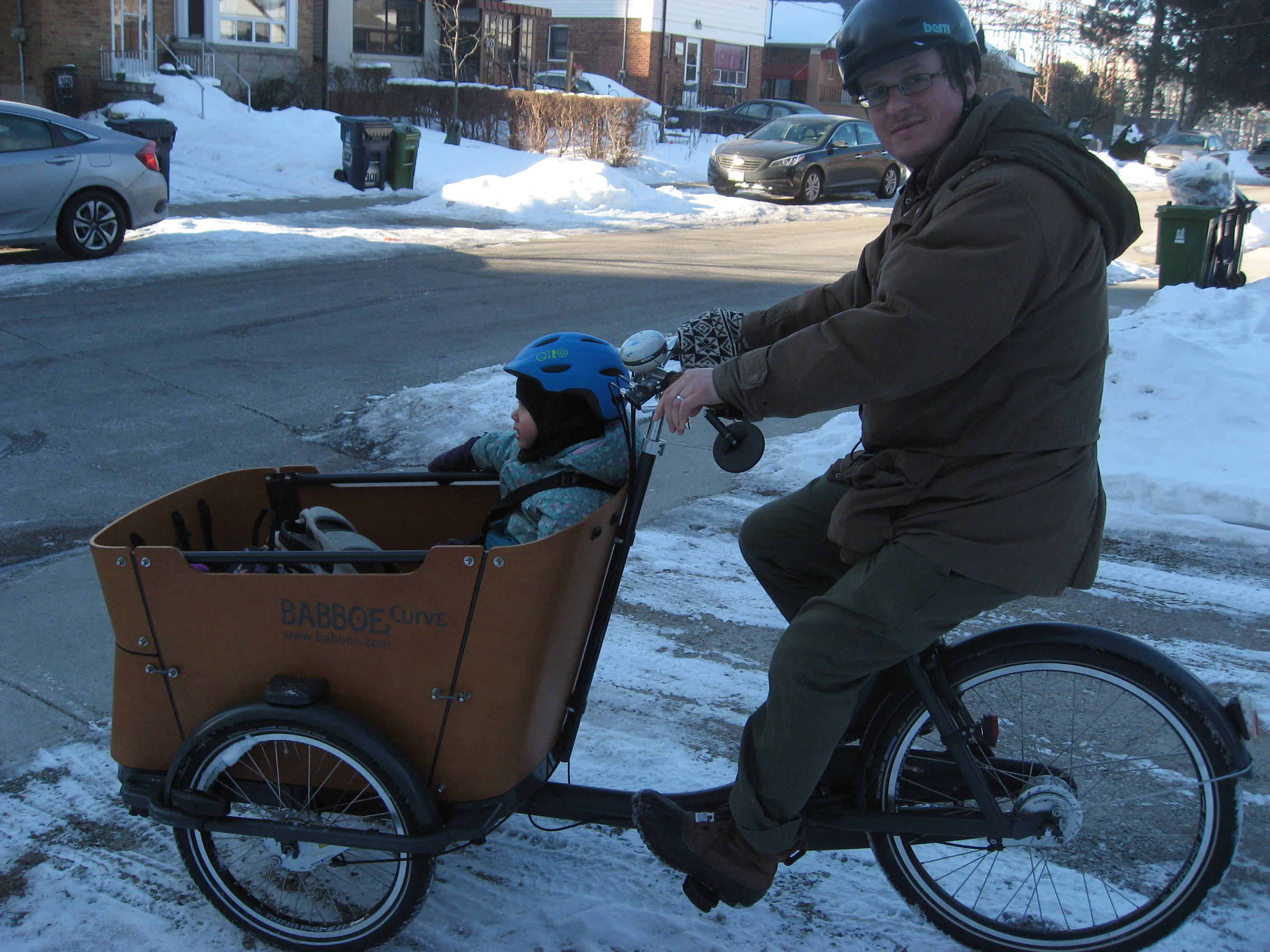 The people at these competing protests have more in common than we might think. We all want good jobs with decent pay and a chance to raise our families in a safe and beautiful world. And we’re all mad, because we can see that Justin Trudeau’s flowery words are designed to please everyone while his policies let us down. I want to propose something to pro-pipeline protesters, something that might seem strange at first, so I am asking for you to hear me out.

Here is my idea: we have a better chance of shaping a world with decent jobs and a safe climate if we start working together to demand a well-planned transition away from the boom and bust cycles of oil and gas and towards an economy built around stable new jobs in renewable power and energy efficiency.

In the United States, they are calling this project The Green New Deal (and a majority of Republicans support it), in Canada it has been called a ‘just transition’ -- but the idea of a Green New Deal is building momentum here as well.  Many people credit the first New Deal -- a huge program to put Americans to work building vital infrastructure for their fellow Americans -- with helping to ease the United States out of the Great Depression.  A carbon tax and dividend might be part of that transition -- but on its own, it leaves many individuals and businesses without any good job and lifestyle alternatives.

A just transition to a low-carbon economy is both necessary and possible, but workers in the oil and gas industry will have to face the biggest changes. I’ve been in a lot of climate action organizing meetings lately and I can tell you that activists are talking about how to ensure that the men and women working in the oil patch don’t have to suffer. There are young people in our meetings who have moved to Toronto for school or work and they are telling us about their experiences out West, out East, up North – they are telling us that if you don’t get a job with Irving Oil or on a rig or offshore oil platform, you don’t get a job at all. And we hear them, and we talk about the need for new jobs, we talk about the challenges of retraining, we talk about temporary ways to fill in the gaps.

Climate justice means respect for indigenous sovereignty and the impacts climate breakdown is having on coastal communities – but it also means justice for oil workers who have worked long hours in thankless jobs so that the rest of us could live a life of luxury. When climate activists fight pipelines or launch divestment campaigns we are not trying to hurt oil workers.

The student activists who recently occupied the offices of Liberal MPs across Canada are demanding a million new green jobs. The Green New Deal is all about jobs.  Climate activists want a just transition, but the only tools available to us are blunt and cheap. We can shout and hold up signs and we can shame oil companies – so we do. If oil companies and the government worked together they could design a low carbon economy that benefits oil and gas workers. But oil companies don’t want to transition.

The oil industry’s shameful open secret is that it is not really about jobs, it’s about profits. An oil workers’ labour is worth $765 dollars an hour.  Are you making $765 an hour? Labour productivity is at its highest in Canada in the oil and gas sector. 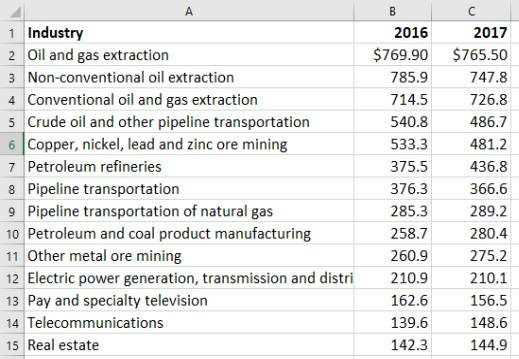 The chart is Statscan data, sorted by labour productivity.¹

There are real benefits to high labour productivity – but if your goal is to create jobs, it’s not an exciting number. Labour productivity tracks how much you can make off each worker and it gets higher as you automate to reduce your labour force.  Most Canadians don’t care too much about profits – if we knew it was just about the profits accumulating in Toronto hedge funds we would have shut down oil and gas expansion years ago.

Oil companies are using oil and gas workers as human shields while they dig in their heels and fight to hang on as long as possible. And it works, because Canadians know that there are decent people working those jobs and we don’t want to see them suffer. The very real distress of oil and gas workers is being amplified because their feelings are useful to bankers, executives and hedge fund managers who are trying to defend oil sector profitability.

Oil and gas workers and oil and gas investors might seem like natural allies – but Investors don’t mind boom and bust markets, they can ride it to the top and get out quick with a lot of their profits. Workers on the other hand want stability – they want gradual growth with steady jobs. Global oil markets – especially with climate change looming – are the opposite of stable, they are a roller-coaster of geopolitical risks. 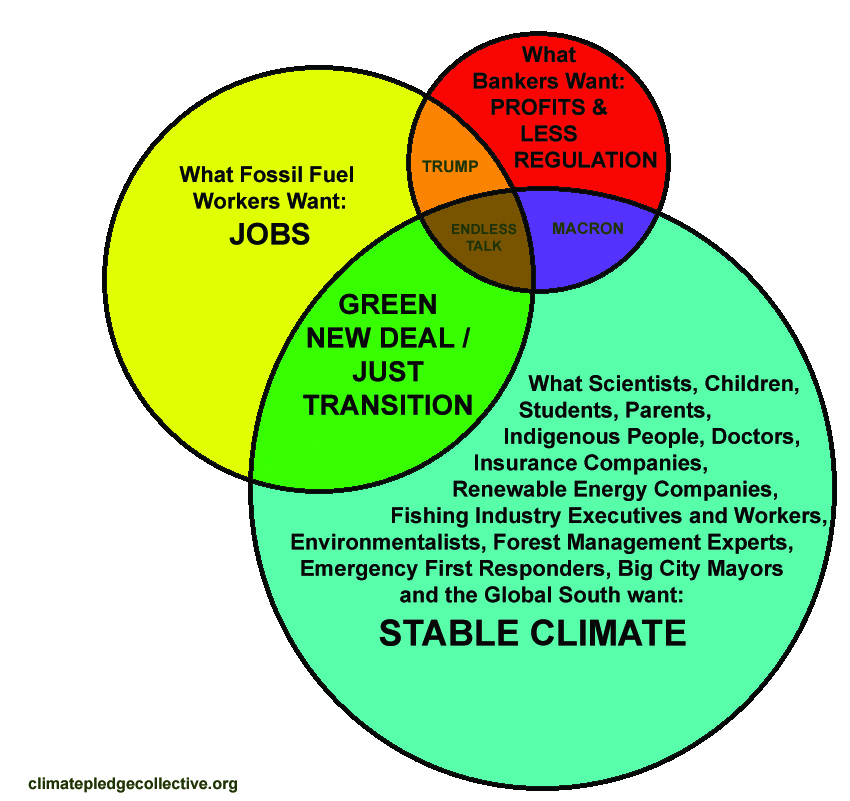 Fossil fuels are a thing of the past.  We don’t light our homes with whale oil lamps anymore and soon we won’t use crude oil either. Wind and solar get cheaper and cheaper every year. EVs are rapidly gaining market share. Maersk, the world’s largest shipping company, recently declared its entire shipping fleet will be net-zero by 2050.  And Canadian Oil workers will also have to come to terms with the fact that EVEN OIL COMPANIES are moving away from unconventional sources like the Tar Sands as they work desperately to reduce their carbon footprints.

Some oil workers are already making this transition. Iron and Earth is a group of oilsands workers committed to increasing their skill set and building renewable energy projects so they will be more adaptable in a changing economy. And the jobs in renewables are real. A partnership of major companies and Alberta First Nations launched a 1.2 billion project to create over 1000 jobs in Fort MacLeod, Medicine Hat and other areas of the province. Many of these jobs don't even require significant retraining -- both oil well clean-up and geothermal power will create jobs for people who are familiar with drilling technology -- a field in which Canadian oil workers lead the world.

If climate activists must continue to fight alone, we will just keep pounding away with whatever blunt instruments are in reach. As the situation grows more desperate, our tactics will as well. Activists, both indigenous and otherwise, have fought pipelines before and will continue to do so. And our numbers are growing.

Without meaningful climate action from our government, I can easily see large disruptions like those orchestrated by Extinction Rebellion in the UK or Ende Gelände Germany happening here. We don’t want to spend our days blocking roads and getting yelled at – I would much rather spend time with my child at the park – but many of us will if we have to.  So let’s put our heads together and develop a plan for a just transition that meets the needs of both oil and gas workers and climate activists, so we can all go back to spending quality time with the people we love.

FURTHER READING: 350.org on a Green New Deal for Canada.

Matthew Lie-Paehlke is the co-founder of Climate Pledge Collective and a relatively new member of Toronto350. This post was cross-posted on his website.

[1]  I deleted some rows about very similar industry to make it clear how profitable oil and gas is compared to sectors like telecom and real estate, that we typically think about as profitable. (And I know labour productivity does not exactly equal profitability but in a world where labour is a major input it is an important factor). Excluding one small sector called “Other non-profit institutions serving households” which includes grant-making institutions.

[2] Relying on profitable staples without upgrading those commodities is called the ‘resource curse’ or the ‘staples trap’ and it is an idea that goes back at least to Harold Innis’s work on the Canadian fur trade in the 1920s.  It is often the right choice for wealthy investors in any given moment, but it’s bad for a nation’s economy.