170 Students March for Fossil Fuel Divestment at University of Toronto

November 13, 2014 (Toronto, ON)—Yesterday 170 students and members of the larger Toronto community marched at the University of Toronto, calling on the university to divest its holdings in the fossil fuel industry. The march was part of Divestment Action Week at the U of T, a series of events focusing on fossil fuel divestment.

Students this week held an art build to create banners and props for the march, and a panel on fossil fuel divestment featuring experts and professionals from various fields. Divestment Action Week continues until Friday, November 14th.

At yesterday's march, the U of T community assembled in front of the Office of the President and the Governing Council, and presented a representative of the Office with students' letters in favour of divestment.

The University of Toronto, now officially considering fossil fuel divestment, has formed an ad-hoc committee to examine divestment. The Fossil Free U of T campaign is one of 12 similar campaigns at universities in Canada, and one of over 600 at universities around the world.

Last year, student organizers with Toronto350.org wrote a 196-page brief to the Governing Council of the university outlining the arguments for divestment. This campaign was then endorsed by the U of T Faculty Association, U of T undergraduate and graduate students’ unions, David Suzuki, former mayor David Miller, and a number of other prominent community members.

Over the past year, a number of universities around the world, including Stanford University and the University of Glasgow, have announced full or partial divestment of their endowments. Local organizers of the divestment campaign hope that U of T will be the first Canadian university to divest, creating a cascade of fossil fuel divestments at other North American universities.

Yesterday's march followed Tuesday's surprise announcement of a climate change agreement between China and the United States, with each country pledging to reduce carbon emissions and energy consumption. The partnership is a bold step as we approach the Conference of the Parties to the UNFCCC in Lima in a few weeks, and COP 21 in Paris in 2015. It also pressures the Canadian government to announce strong targets for reducing Canada's carbon emissions. 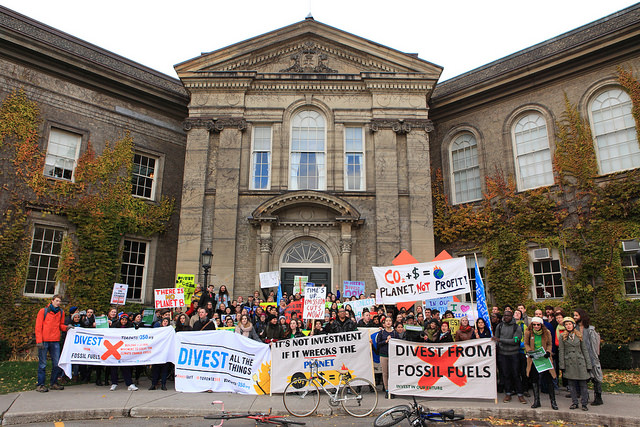 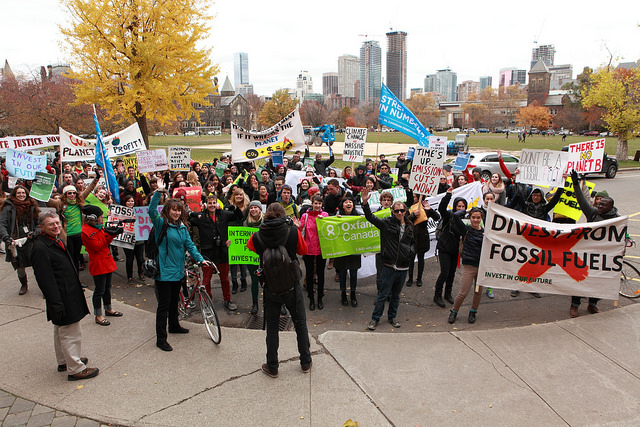 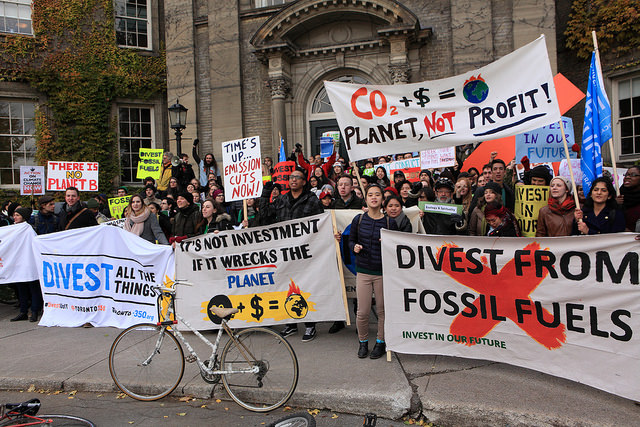