Toronto, ON—TransCanada filed their application for the Energy East pipeline with the National Energy Board on Thursday October 30th. Activists from Toronto350.org, a local climate action organization and network affiliate of the international 350.org, were locked out of the proceedings along with other representatives of environmental NGOs. Activists peacefully rallied outside TransCanada’s press conference.

“We are doing this for the climate, for future generations and for indigenous communities who are on the frontlines of both this project and the tar sands giga-project which it serves,” said Ben Donato-Woodger, a Toronto350.org organizer who participated in the protest.

Energy East is a proposed 4600km heavy oil pipeline based on a conversion of TransCanada’s existing natural gas mainline. If completed, Energy East would be the longest tar sands pipeline in the world, running from Hardisty, Alberta, to the Bay of Fundy. This $12bn project is part of a broader strategy to bring tar sands crude to international markets. Growth of Canada’s fossil fuel sector depends on these export routes. Successful completion of the project would lead to an expansion of tar sands extractive capacity.

Energy East has been described by Prime Minister Stephen Harper as a “Nation Builder” connecting western extraction to eastern refineries owned by the Irving family. An additional port is proposed for the St. Lawrence River near Cacouna, QC, which is home to endangered Beluga whales. Earlier this year, Quebec imposed a temporary ban on TransCanada’s drilling activity near Cacouna due to the ecological sensitivity of the region.

The project has come up against strong criticism from environmentalists worried about the project’s climate implications. The Pembina Institute has calculated that by moving up to 1.1m barrels of oil to market per day, Energy East will produce up to 33 million tonnes of greenhouse gas pollution through its energy use and expansion of tar sands extraction.

Pipeline hearings with the Federal Regulator will take place starting in November and running into the third quarter of 2015, overlapping with a federal election campaign. “The stage is set for a major confrontation around tar sands in 2015. Would-be federal leaders who want to talk tough on climate will need to show that they have a plan to keep this carbon in the ground,” said Kevin Metcalf, a campaigner with Toronto350.org. “The NEB won’t consider climate as part of their review process, but they have a commitment to enforce environmental standards. We’re going to hold them to that. Projects like Energy East only continue to push us toward the climate tipping point.”

On October 19th, 2014, Mark Carney, the former governor of the Bank of Canada and current Governor of the Bank of England spoke about the need to leave carbon reserves in the ground. Carney’s comments referenced a “carbon budget.” This budget for carbon seeks to limit the amount of atmospheric greenhouse gasses to a “safe” limit, keeping the world below the threshold for dangerous climate change. 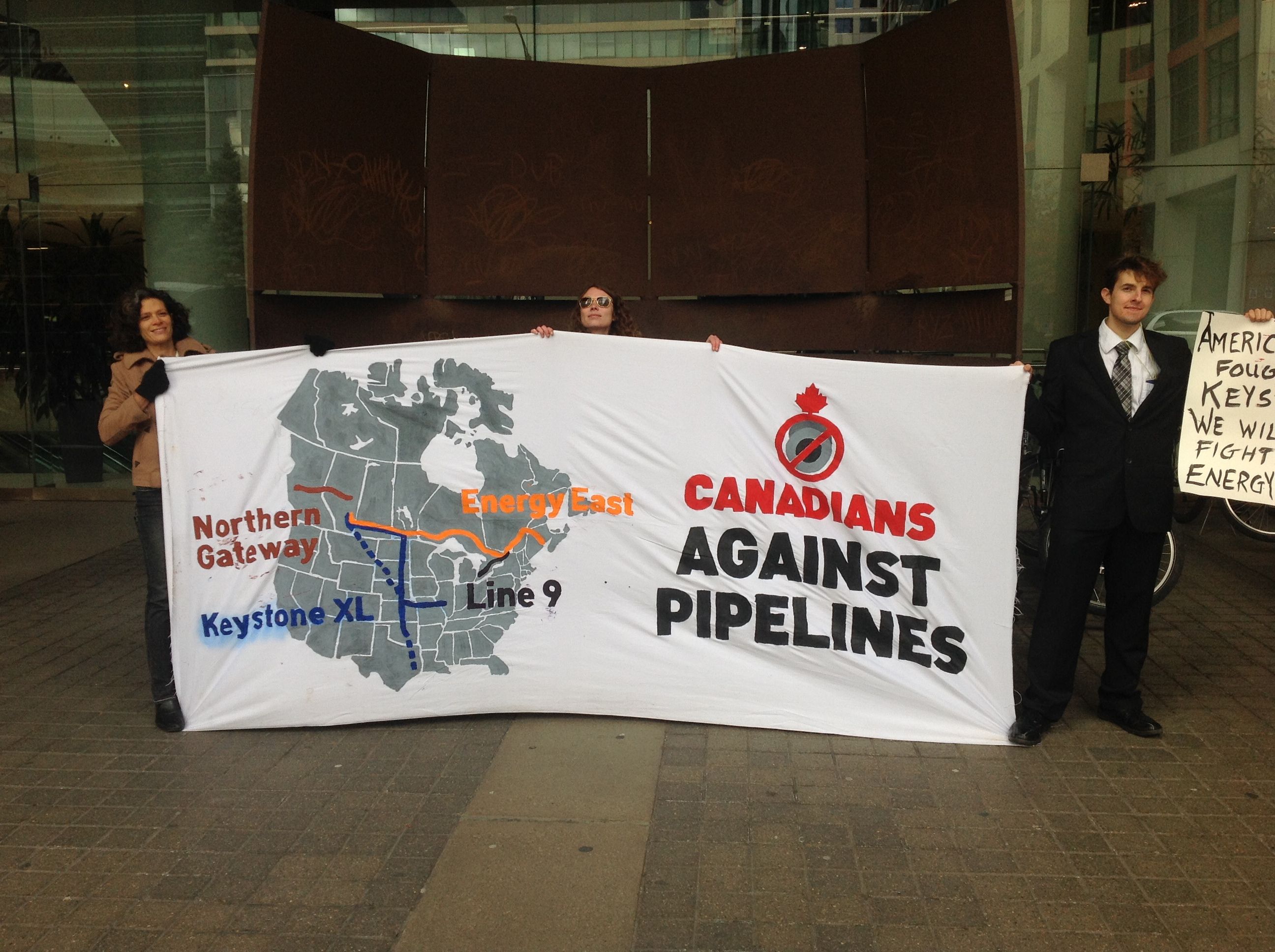