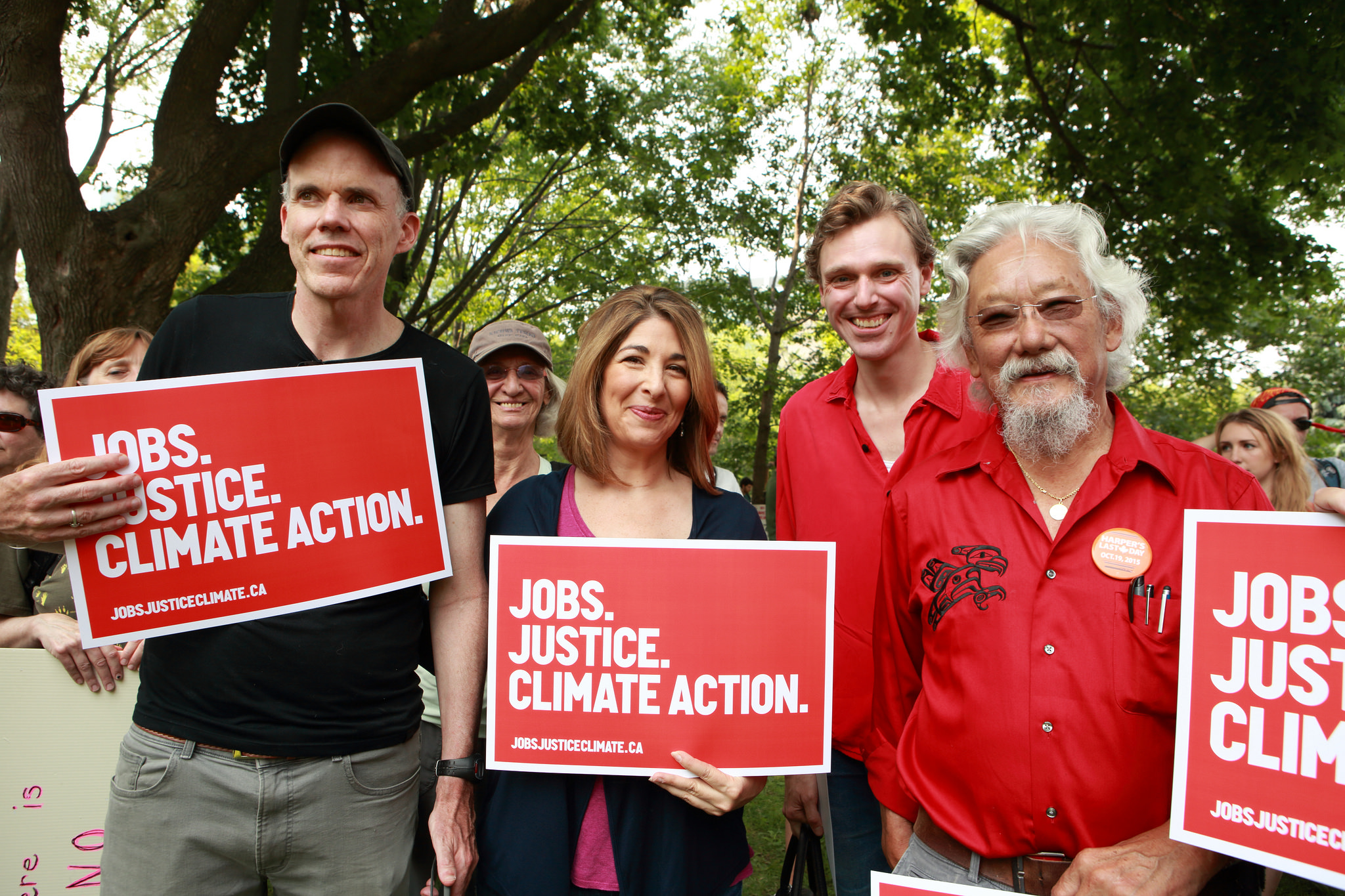 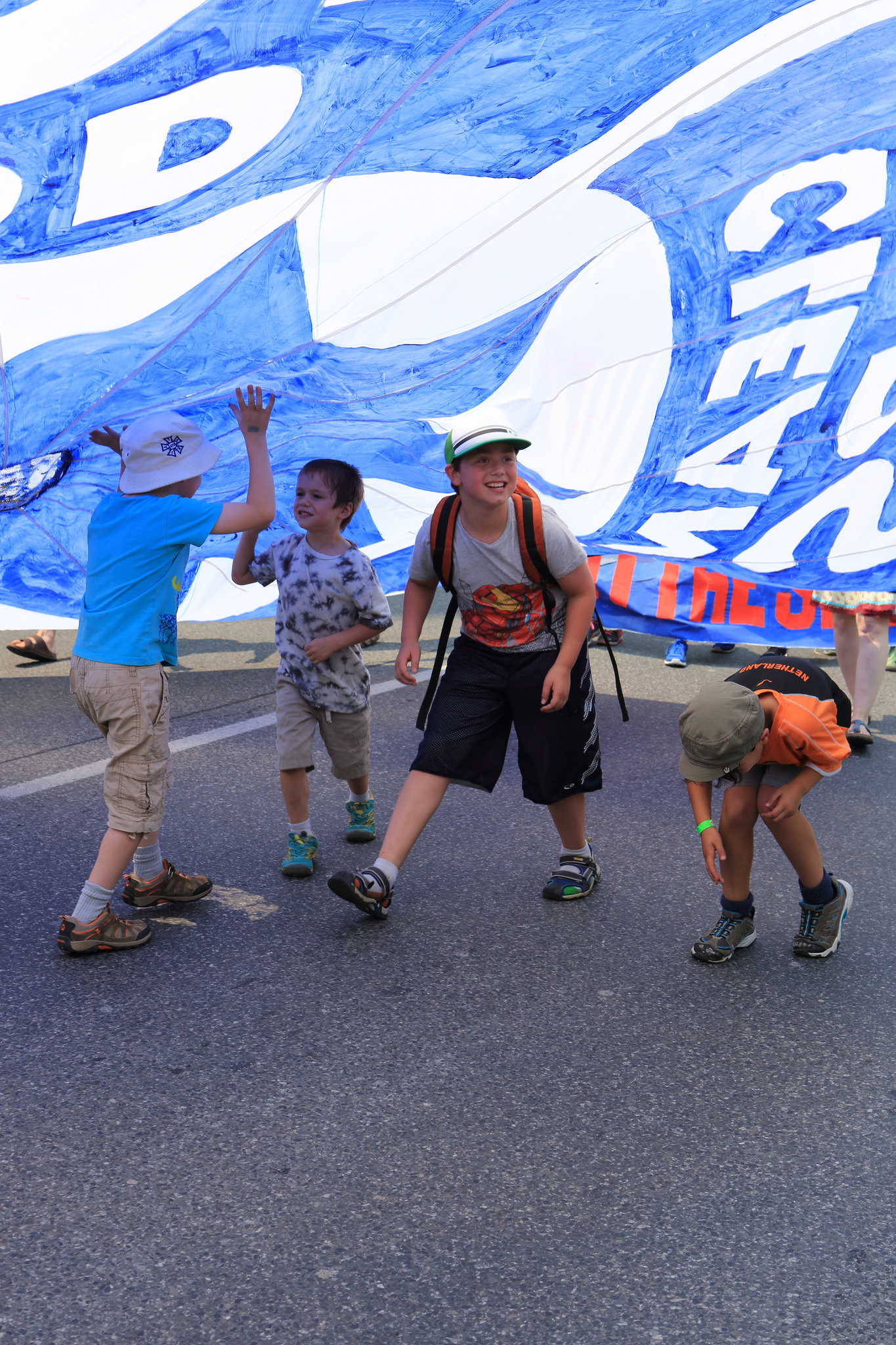 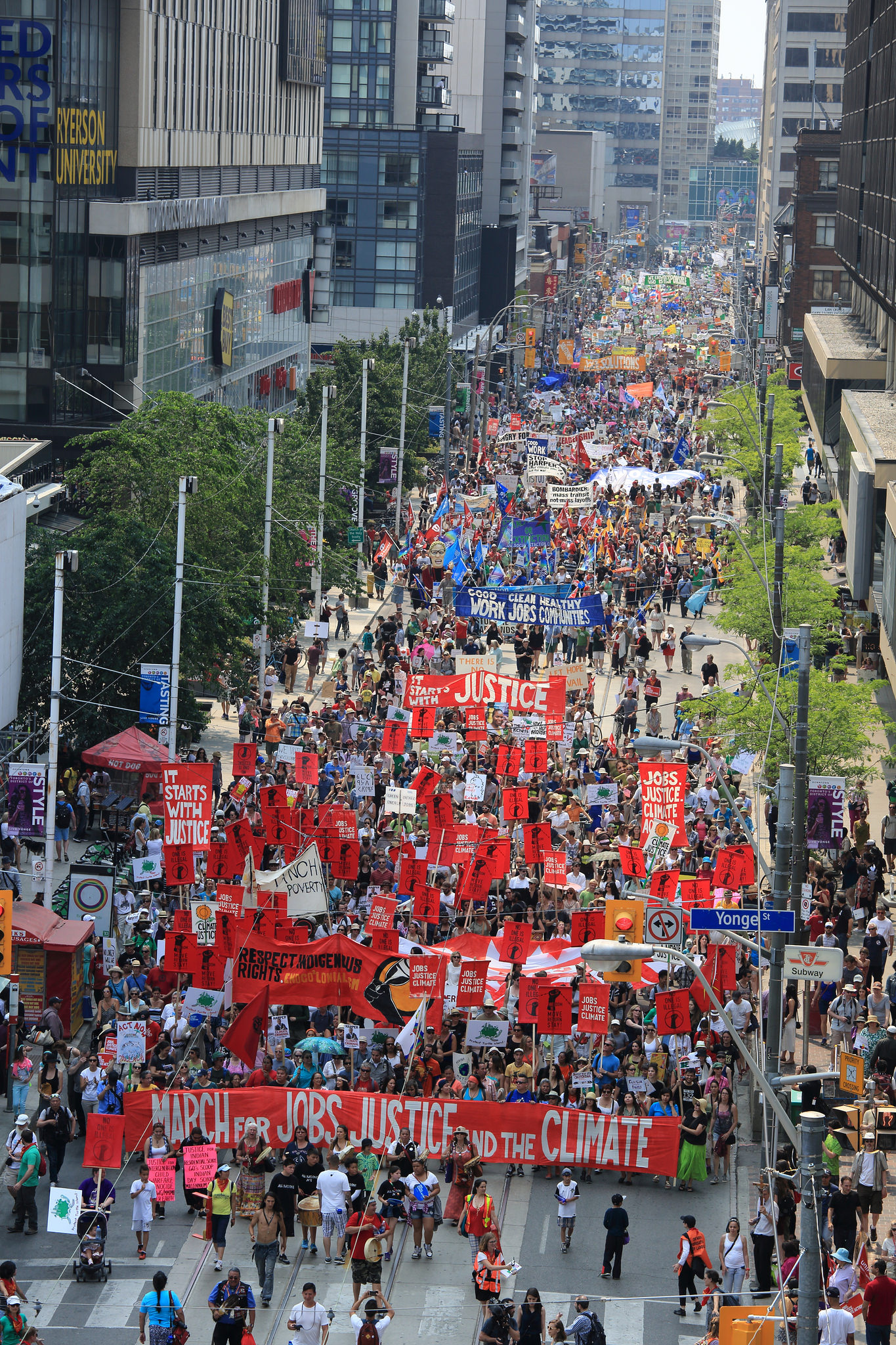 The march precedes a series of important national and international events. “The Pan American Climate and Economic Summits are happening soon after the march, followed by an election in the fall,” said Lila Asher, a divestment activist. “We want to have a real national conversation about climate change leading up to the election so that we can elect a government that will bring serious action to the table at the international negotiations in Paris in December.”

Toronto350.org members are ready to make their voices heard and stand in solidarity with those who are marginalized and silenced. “I am marching for those who are not given the space to speak,” said Ariel Martz-Oberlander, a Toronto350.org member. “I am marching for the right of nations to free, prior and informed consent” said Keara Lightning, a divestment activist.

The March showed that people do not have to choose between the economy and the environment. Real climate action means investing in mass public transit, clean energy infrastructure and affordable housing.  It means expanding low-carbon sectors like healthcare, education and sustainable agriculture.  By taking real climate action, we can create an economy that is more fair and equal and offers hundreds of thousands of good new jobs.

By joining this March, Toronto350.org showed support for an economy where workers win, communities have more democratic control, and those most impacted and impoverished are the first in line to benefit. An economy that honours Indigenous peoples’ rights and recognizes their role in protecting the land, air and water for everyone. We must build an economy that respects the limits of the environment made clear by climate science.

The march featured four contingents representative of different facets of the climate movement: It Starts with Justice; Good Work, Clean Jobs, Healthy Communities; We have Solutions and We Know Who is Responsible. The march ended in a family-friendly festival in Allan Gardens, which historically has been a place of both poverty and resistance in Toronto.