October 29th will be a global day of action against fossil fuel financing. In so-called Canada, the action will focus attention on RBC’s funding for the Coastal GasLink pipeline which is currently being forced through Wet’suwet’en Territory against the wishes of hereditary leaders. 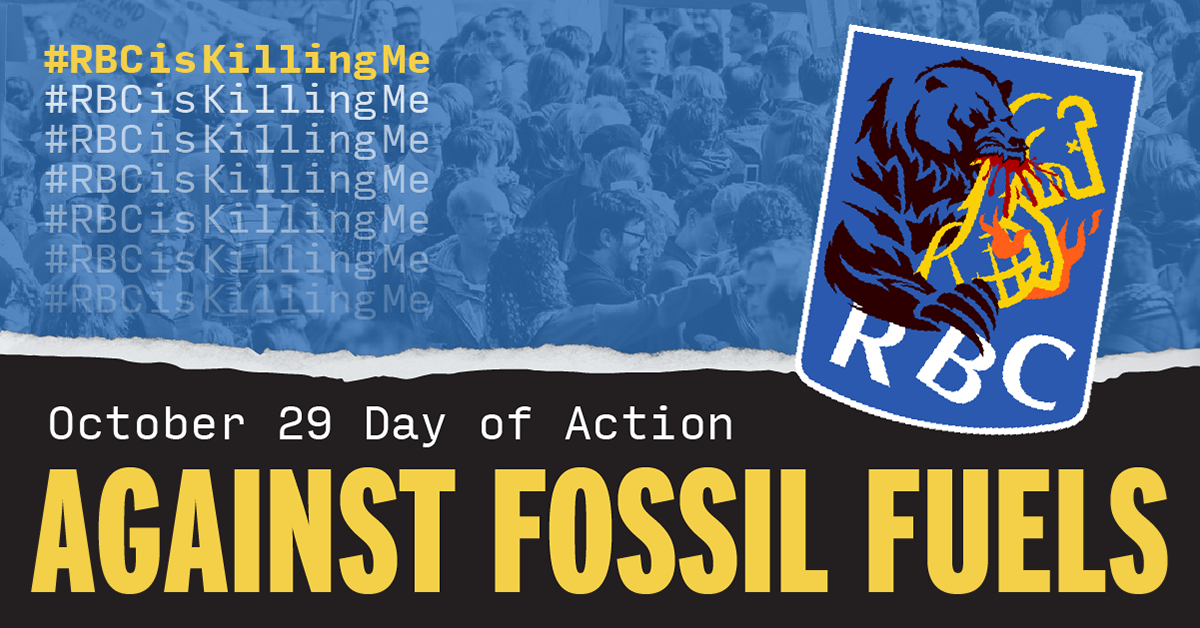 What is Coastal GasLink?

The Coastal GasLink project is a 670 kilometre pipeline being built by TC Energy in British Columbia. If completed, the project will have a peak capacity of five billion cubic feet of liquified natural gas (LNG) per day. The gas is intended to be shipped to Asia from the Kitimat LNG terminal. The Kitimat LNG terminal will only be financially viable if China and other Asian countries delay their decarbonization by replacing coal plants with fossil gas plants instead of switching straight to solar power. This means that the companies involved will have a financial incentive to promote new fossil gas plants and undermine the success of renewable power projects throughout Asia. By 2050, downstream emissions from BC’s LNG exports, will EXCEED BRITISH COLUMBIA’S ENTIRE PLANNED CARBON BUDGET.

RBC, TD, CIBC, Scotiabank and BMO are all among the top financiers for this project. 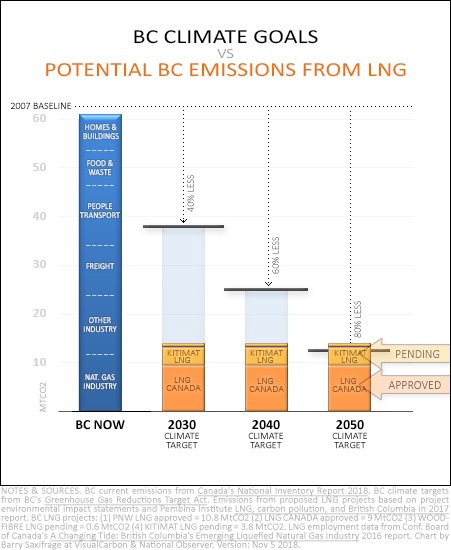 What is the Wet’suwet’en Resistance? 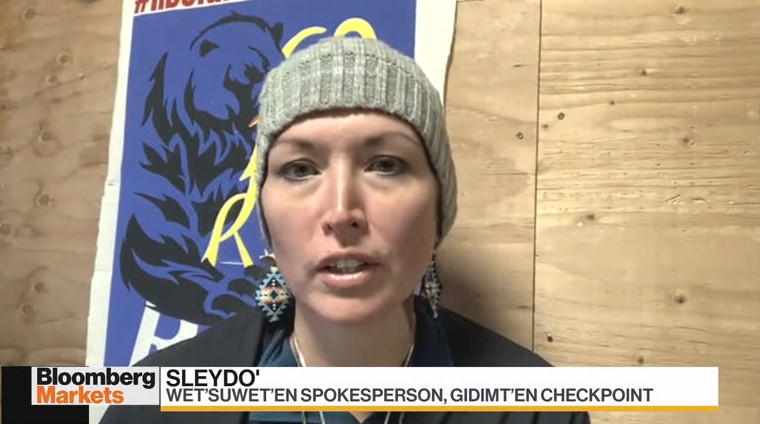 Wet’suwet’en Spokesperson Sleydo’ calls on Coastal GasLink’s financiers to end their support for the project.

#RBCIsKillingMe is a slogan by the Wet’suwet’en Land Defenders at the Gidimt’en Checkpoint. The bank’s investments, steamrolling through unceded territory, are destroying the Land Defenders’ basis of existence.

With the United Nations Declaration on the Rights of Indigenous Peoples having been passed into law, the failure to secure free, prior, and informed consent is now illegal. As we learned in our recent climate finance webinar, Indigenous consent cannot be properly given until the underlying land claims are settled and traditional governance systems are respected and engaged as crucial stakeholders in any project.

The Wet’suwet’en Hereditary Chiefs represent a governance system that predates colonization and the Indian Act which was created in an attempt to outlaw Indigenous peoples from their lands.

Coastal GasLink is one of many proposed pipelines attempting to cut across the Wet’suwet’en traditional territories. This project aims to blaze a trail, in what has been envisioned as an “energy corridor” through some of the only pristine areas left in this entire region. If Coastal GasLink were to be built and become operational, it would irreversibly transform the ecology and character of Northern B.C.

How can I support the Wet’suwet’en?

You can support the camp at Gidimt’en Checkpoint in person or donate to their cause. Unist’ot’en camp — the site of 2020’s standoff with the RCMP –needs support as well.

You can also come down to Bay and Wellington at 2PM on October 29th to send a clear message to RBC Headquarters that they must stop funding the CGL pipeline project and other harmful projects around the world.