Report Back from "People Before Profit: Evict the Corporate Villains!" Hosted by OPIRG and 10 others

For the other event hosts, see the Facebook Event. 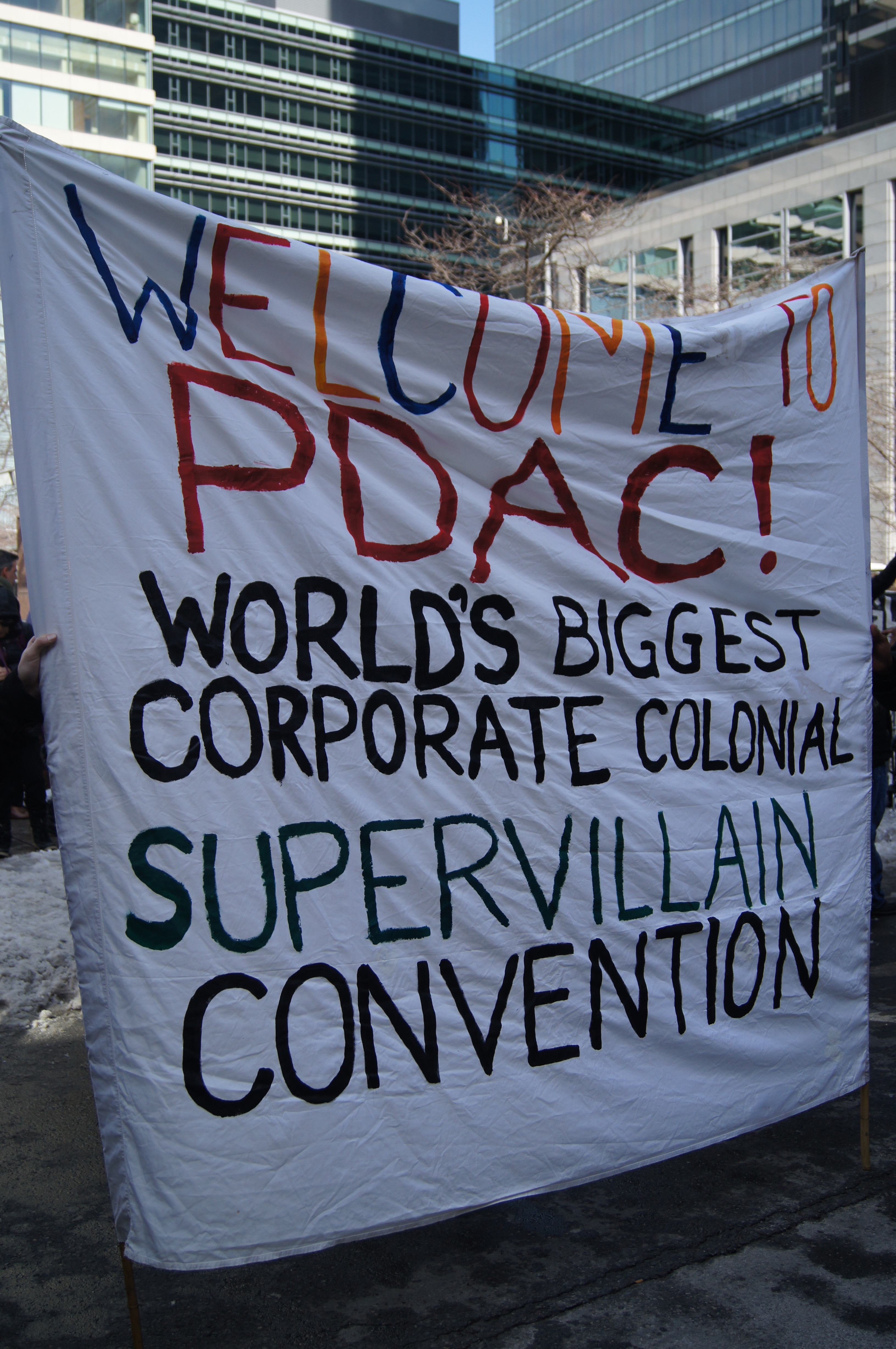 Protestors showed up in solidarity with those on the front lines, to oppose continued violent colonization and environmental destruction. As reported by Gryphen Colling, "Toronto 350 was among those on the ground protesting against PDAC: The World’s Premier Mineral Exploration."

"Even though no mining is going on in Toronto, companies within Toronto sponsor these events, companies with head offices here in the city of Toronto." he explains. "We believe it is our duty as a local grassroots group that is fighting for climate justice, to go out and show our solidarity with those on the front lines and oppose the companies that support PDAC."

The villainous mining companies greenwash about social and environmental responsibility. They create forced displacement and then lobby for harsher border control and migration policies. Among their repression tactics are assassination and sexual assault. Their activities create contaminated water, land and air and jeopardize health and food supplies. 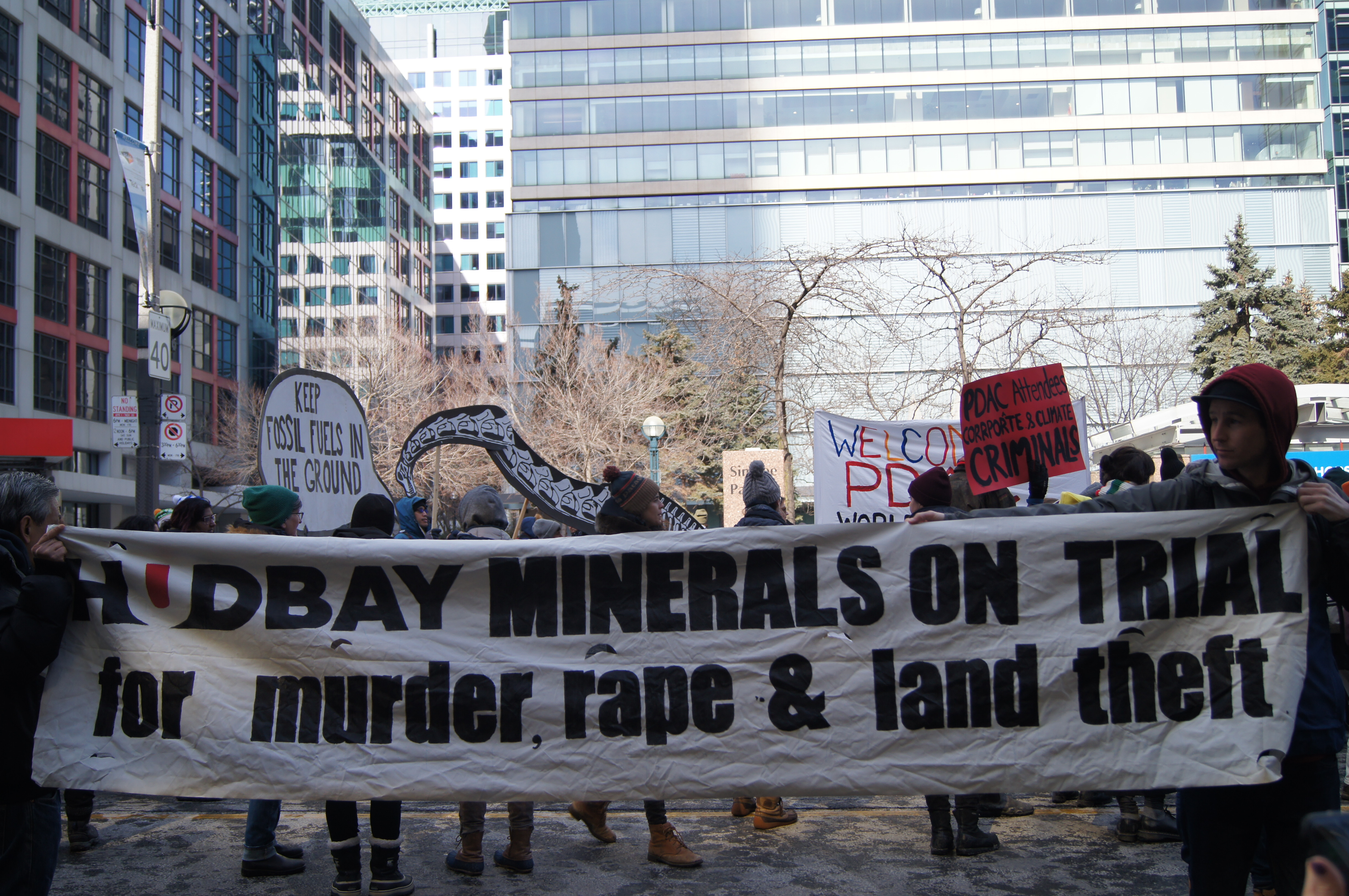 Nearly 75% of mining companies around the world are Canadian and Canada's mining companies are among the worst offenders. In addition, Toronto is known as the global centre for mining finance. Attendees of PDAC included those who fund Coastal GasLink, which is still being pushed through Wet'suwet'en territory. (See https://www.facebook.com/unistoten/ and Wet’suwet’en Access Point on Gidim’ten Territory for updates).

These companies stand in the way of the better world we need to build. One that sees an end to pipelines, open pit mines and land theft. One in which corporations are fully responsible for the damages they create. One that includes status for all and honours Indigenous sovereignty and local self-determination. 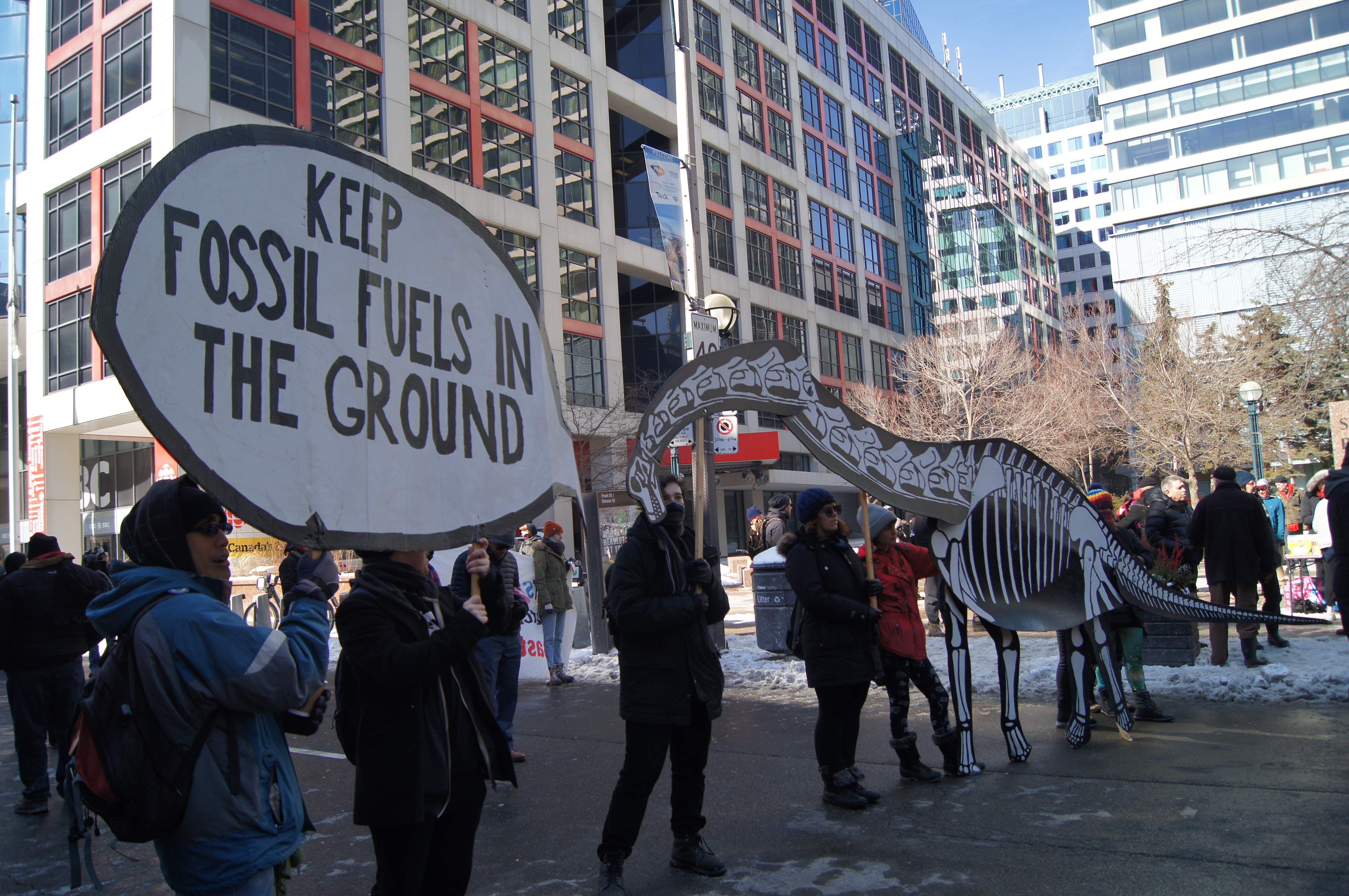 As Gryphen explains, "rallies like this remind people that they have a voice and can make a difference no matter what city they are in.

The fight for global climate justice can happen in any city, and because companies meet in Toronto for conventions, we as a Toronto group will make sure our voice is heard and we are louder than any drill that promises to ruin our climate and impact the lives around such sites." 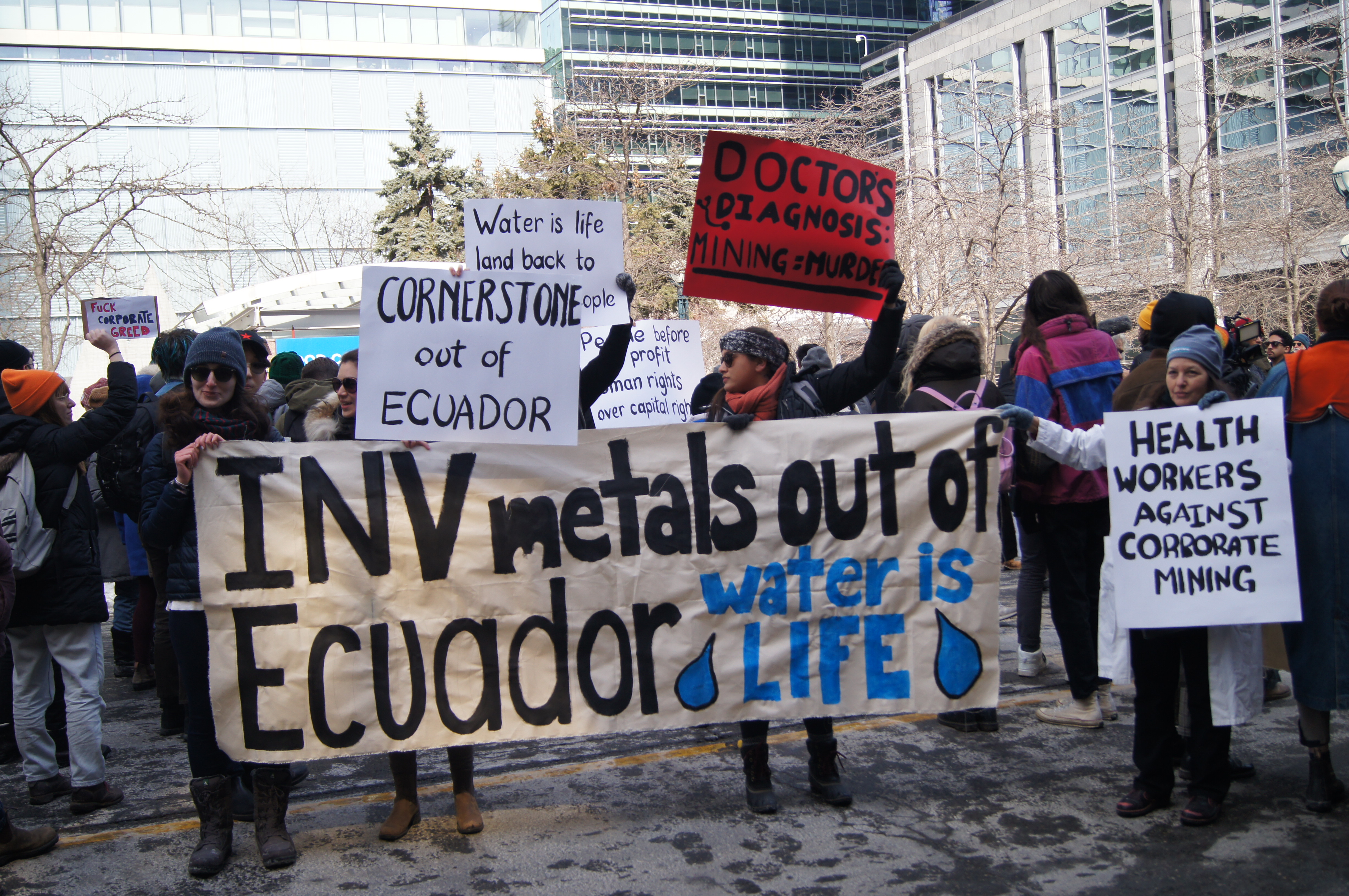