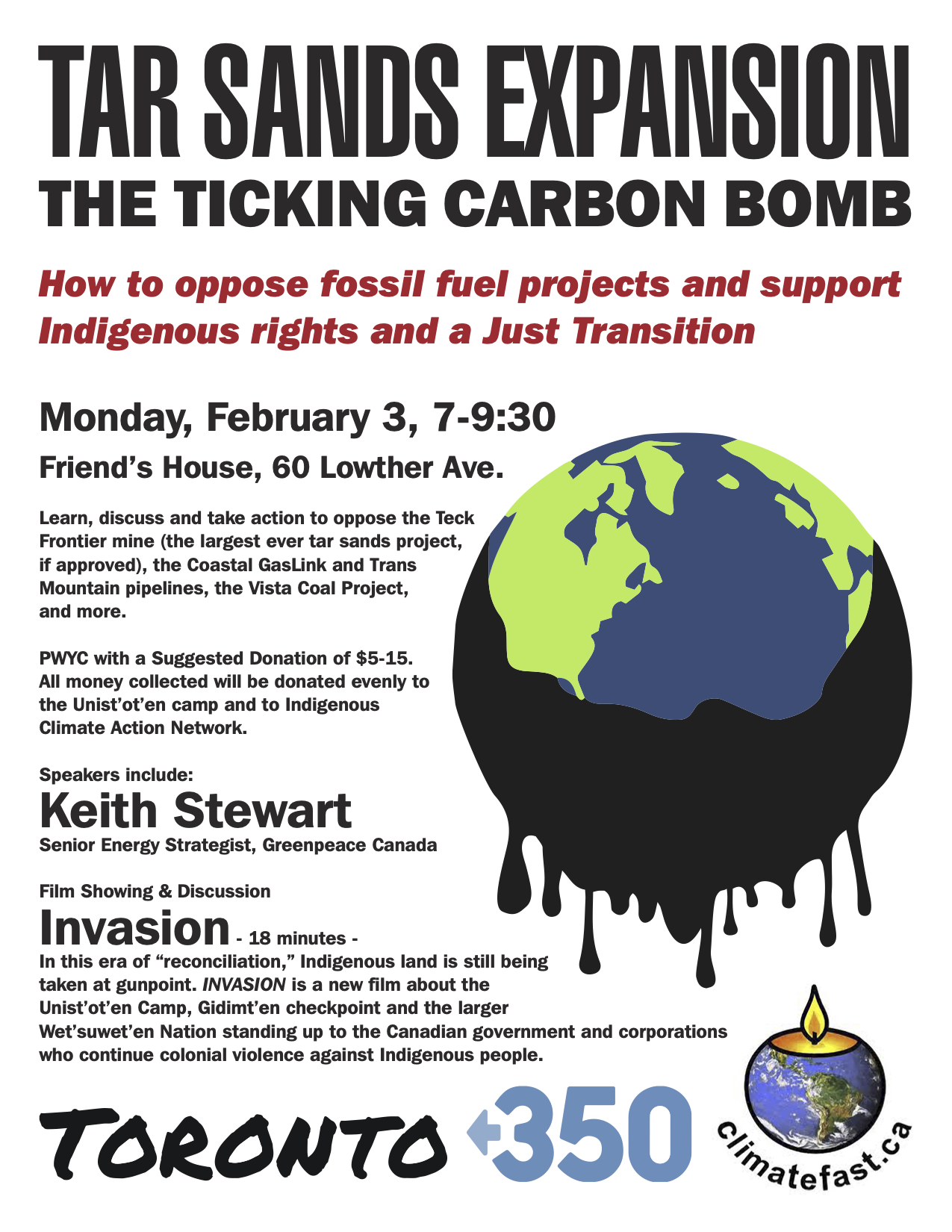 Preamble: introduction to proposed fossil fuel projects and their implications, as well as the potential for a Just Transition, a transition from extractive industries that is inextricably tied to justice for communities who have faced the most harm under capitalism, as well as a worker transition.

Shiri Pasternak, Research Director for the Yellowhead Institute, and Assistant Professor in Criminology at Ryerson University

Film Showing & Discussion: “Invasion” - 18 minutes - “In this era of “reconciliation”, Indigenous land is still being taken at gunpoint. INVASION is a new film about the Unist’ot’en Camp, Gidimt’en checkpoint and the larger Wet’suwet’en Nation standing up to the Canadian government and corporations who continue colonial violence against Indigenous people.

The Unist’ot’en Camp has been a beacon of resistance for nearly 10 years. It is a healing space for Indigenous people and settlers alike, and an active example of decolonization. The violence, environmental destruction, and disregard for human rights following TC Energy (formerly TransCanada) / Coastal GasLink’s interim injunction has been devastating to bear, but this fight is far from over.” quoted from http://unistoten.camp/media/invasion/

PWYC with a Suggested Donation of $5-15. All money collected will be donated evenly to the Unist’ot’en camp and to Indigenous Climate Action Network.