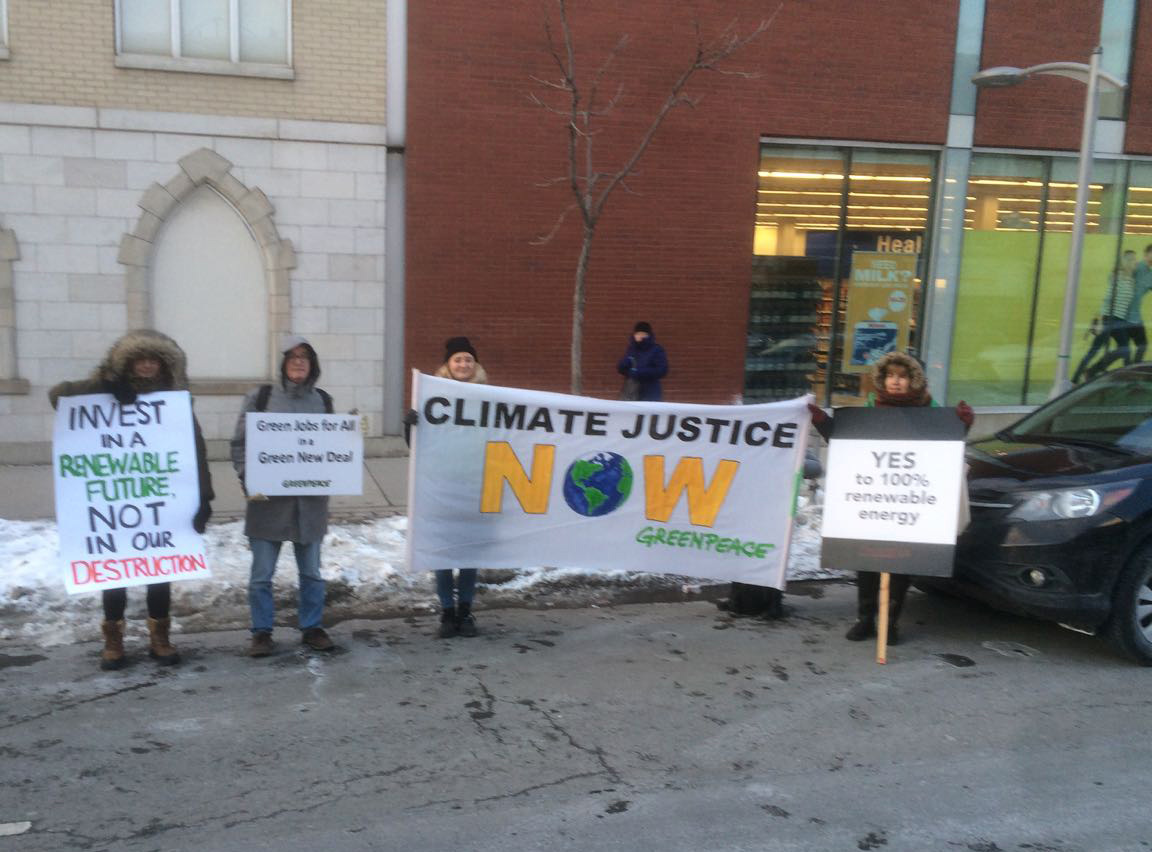 Remarks delivered by Trudeau at a Liberal Climate Action Rally in Toronto on March 4th, were partly geared toward pressuring provinces that are resisting federal climate plans. Trudeau stated that climate change leaves us without any time to spare, that pollution should be paid for and that we are still waiting for a climate plan from the federal conservatives.

However, the contradiction between the existing government's climate plans and their continued support for fossil fuel extraction, prompted groups concerned about effective climate action and Indigenous rights to gather outside, in front of the Danforth Music Hall. The event was advertised for 6-8 and despite a temperature of -9 with wind chill, about two dozen protesters arrived in advance of six pm.

The police were very cooperative with the protesters gathered outside. At first, they asked that 50 feet be cleared in either direction from the entrance, but after the protesters hemmed and hawed about moving, the police set up their bikes with the protesters between them and a snowbank. There was more than enough space for pedestrians up to the doors of the Music Hall. Police also held a spot across the street when a parked car left. Greenpeace decided to occupy that space.

There were 6 or more groups represented including several First Nations people, two labour contingents, us (350) and other environmental groups, like Greenpeace. So a smallish but hearty and noisy band of stalwarts. There was a good sense of solidarity.

The group chanted and walked placards up and down the line of Liberals who were also forced to wait outside and weren't let in till close to 7:00. Some were angry at the protest, others impassive, several were willing to discuss the issues. When most of them were finally admitted around 7:15, the protesters decided to depart. Trudeau, who was slated to arrive at 7:15, made no appearance outside, in sight of those gathered.

The group was quite pumped and even got to shout at Bill Morneau as he walked up to the entrance. The main messaging was about First Nations, esp. Unist’ot’en, Climate Justice and the urgency for a transition off fossil fuels to renewable jobs and energy.