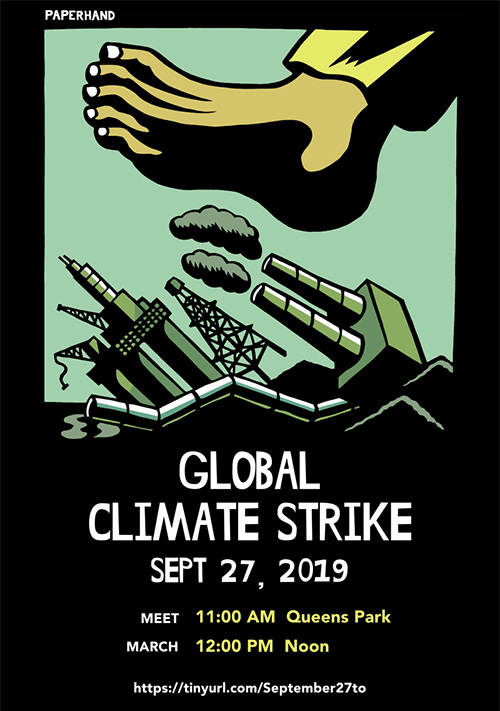 There will be a series of events hosted around the world throughout the week, each aimed to express concern for the future to governments. While it has been almost entirely youth who’ve charged the climate justice movement, the week will close with a global strike that, to quote the Fridays for Future Toronto (FFF Toronto) event page, involves all of us—“unions, workers, parents, grandparents, every single one”. This is why the week of September 20-27 will be a generation-defining week, not only for the generation of the young climate activists, but for their parents’ and grandparents’.

Fridays for Future Toronto will be hosting a youth rally and teach-in on Friday, September 20th from 12pm - 3pm at Hart House at the University of Toronto. The event includes chants and songs and highlights a mass teach-in –“a learning space for us to help each other become even better advocates for climate action-justice” according to the FFF Toronto Facebook.

On September 27th, you are invited to Queen’s Park from 11am-2pm for Toronto’s Strike for Climate, where you will join millions of others around the world in striking for the fate of our future. This will be the biggest climate strike in Toronto yet!

Here are Climate Strike Canada's demands, augmented by further demands from the S27 Coalition, the group helping to plan the September 27th event.

See whole Week of Actions calendar of events at climatechallenge.ca.