The Trans Mountain Expansion Pipeline and the National Interest 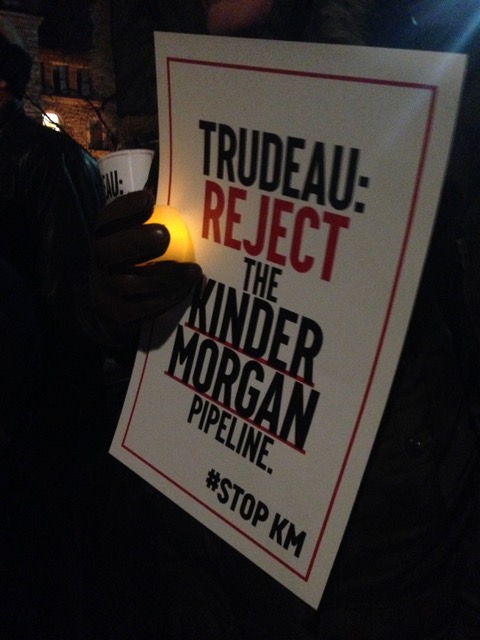 "How do you tell a politician is lying?  It easy, their lips are moving. Always a dead giveaway. Point is, fact check everything the Politicians, the media and I tell you.
In August, the Federal Court of Appeal ruled that consultation with First Nations about the Trans Mountain Expansion pipeline (TMX) was inadequate. They also ruled that the National Energy Board did not include an assessment of increased tanker traffic on endangered orca whales and marine life. Despite this setback, the federal government is committed to getting the pipeline built as quickly as possible. They insist that the project, despite the disastrous impacts it would have on the climate and environment, is in the National Interest, citing job creation and economic benefits. In fact, the pipeline doesn’t make economic sense either! To continue in Sean’s words….
I want to start off by crushing two ridiculous arguments right off the top. They are:
1] We simply can’t afford a just, renewable, sustainable economy
and
2] It would require ordinary Canadians to pay higher taxes.
65 yrs ago taxes paid by working people and Corporations used to be 50/50. In the last 65yrs, corporations have used their muscle to have their taxes reduced by 70%. This is a loss of about 104 billion a year, according to the Toronto Star. And, there is Canada’s fix everything money —104 billion dollars. And we never see it.
Now onto the Tar Sands.
There is no economic argument. The Tar itself sells for less than it costs to extract
And that is with massive subsidizes from us, the Canadian tax payers.  And there are mores costs like shipping. We subsidize this industry for about 5 billion dollars.
This year on top of our regular generosity, we are adding another 15 billion for the Trans-Mountain fiasco. Talk about Corporate Welfare.
Trudeau and the Tar Sands extractors are stuck in the past digging a deeper and deeper hole that they expect the rest of us to pay for. And that hole could well be our grave.
Ok time for the Lighting round of truths.
In summary, we are subsidizing our own destruction for private profit. It’s already started. The weather report recently in Vancouver had only one word – SMOKE.
And to expose another lie - Canada has never managed its resources in the public interest. To prove this point, check out Norway. It is a tiny country of only 5 million people, but somehow it manages to have a trillion dollar wealth fund from that resource base. That provides an incredible pension system for its citizens. Canada, on the other hand, has always managed the resource base in the private for profit interest of the few.
For Trudeau, the best way to get us out of this hole is first to stop digging.
I encourage you to harass your politicians until they stand up and deliver a just, renewable, sustainable economy and a future for our children.
If you would like to take action, the reconsideration process for the TMX is underway now. Despite over 11,000 comments regarding the scope of factors and list of issues, the NEB has made the call not to include a consideration of climate change. Stand.Earth has now put out a call to send a comment to the NEB regarding the threat of the TMX to the Orcas and marine life https://www.actionfororcas.com. Dogwood also provides an easy fax portal to comment through: https://dogwoodbc.ca/petitions/fax-neb-trans-mountain/. Or you can submit a comment through the official NEB comment portal: Reconsideration Process, Details about Participating, e-file form. The comment period is open until November 20th.
Do you like this post?
Tweet