Toronto350 Stages a Die-in in Solidarity with Extinction Rebellion 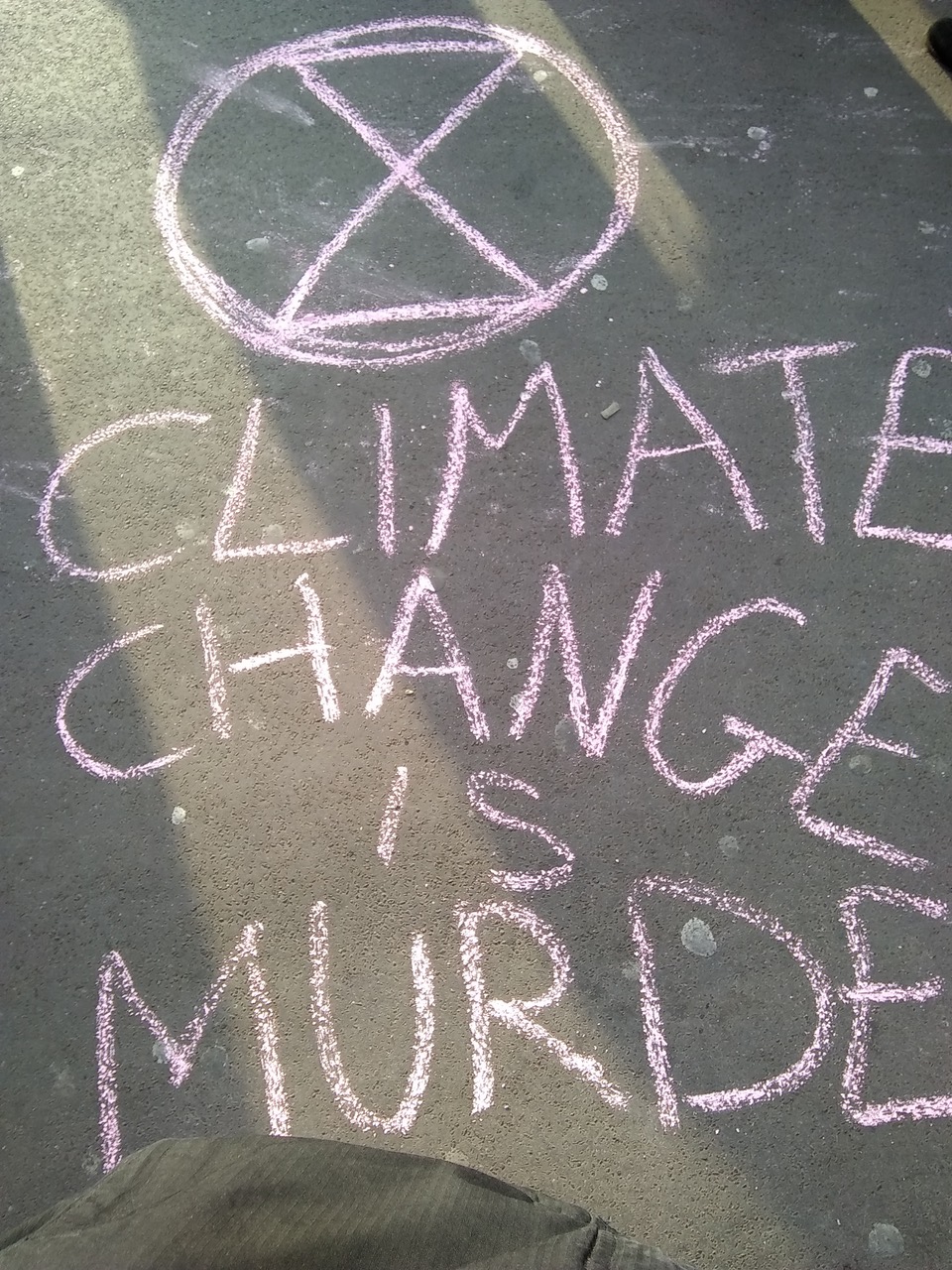 On November 17th, the People’s Assembly for Climate Justice held a day long event with workshops, panels and break-out sessions on topics that included Indigenous Sovereignty and Self-determination, Labour and Economics and Sustainable Alternatives. During lunch hour, in solidarity with the social movement  RiseUp Uk and Extinction Rebellion, a group led by Brian Young for Toronto350 staged a die-in. See the group, along with Jasper the dog, in the pictures below.

Extinction Rebellion’s website states directly “We are facing an unprecedented global emergency. The government has failed to protect us. It’s going to take everything we’ve got". It goes on to articulate that we need government to be truthful about the emergency climate change poses. We need to see the reversal of policies that counter climate action. We also need to see a willingness to use media to communicate the truth to Canadians about the urgency and the actions needed - akin to those during a world war - to address the emergency. 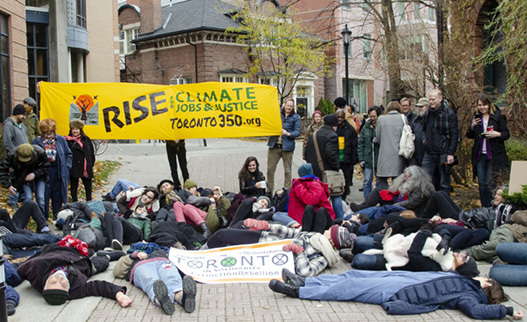 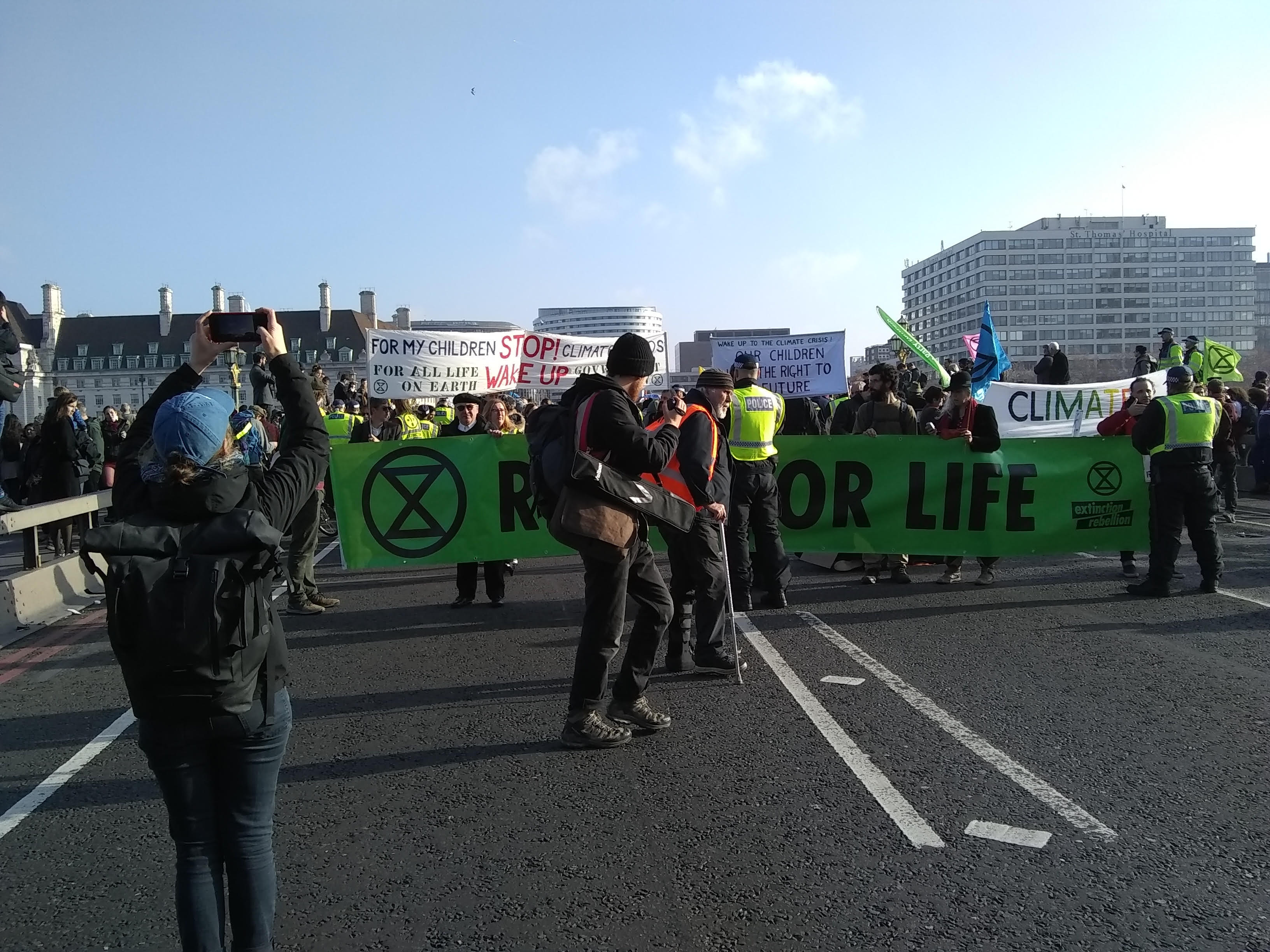 In the UK, meetings were held in libraries, churches, by academics and others, to plan a week of edgy actions with the goal to disrupt the status quo and promote climate action. The events culminated on Saturday in London where they blocked each major bridge for two hours. Acting in civil disobedience, they did not cooperate with the police and there were 85 arrests for obstruction of traffic. An event held in Denmark focused on species extinction and their were many other events.
Toronto350 member Hary was among those who blocked the bridges. He captured some photos from the centre of the action (see below). 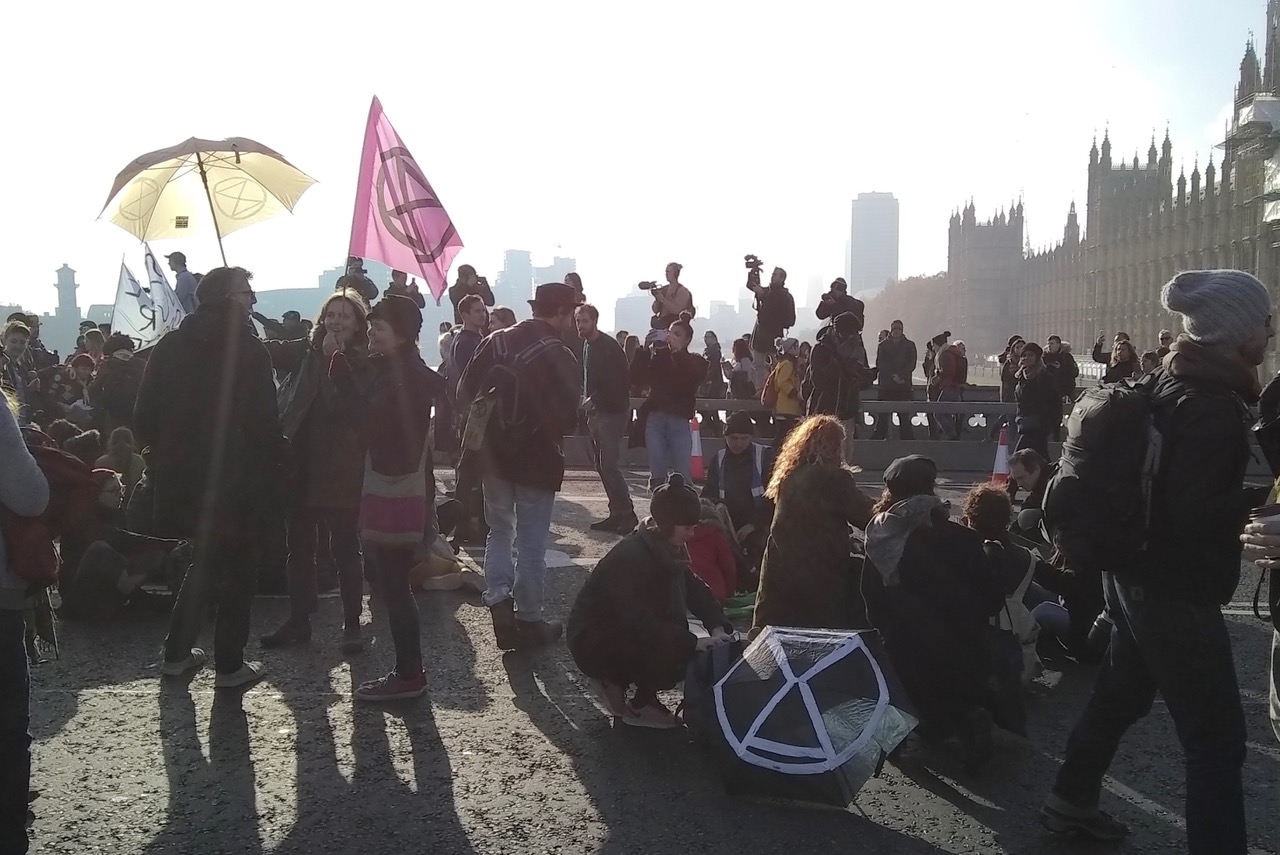 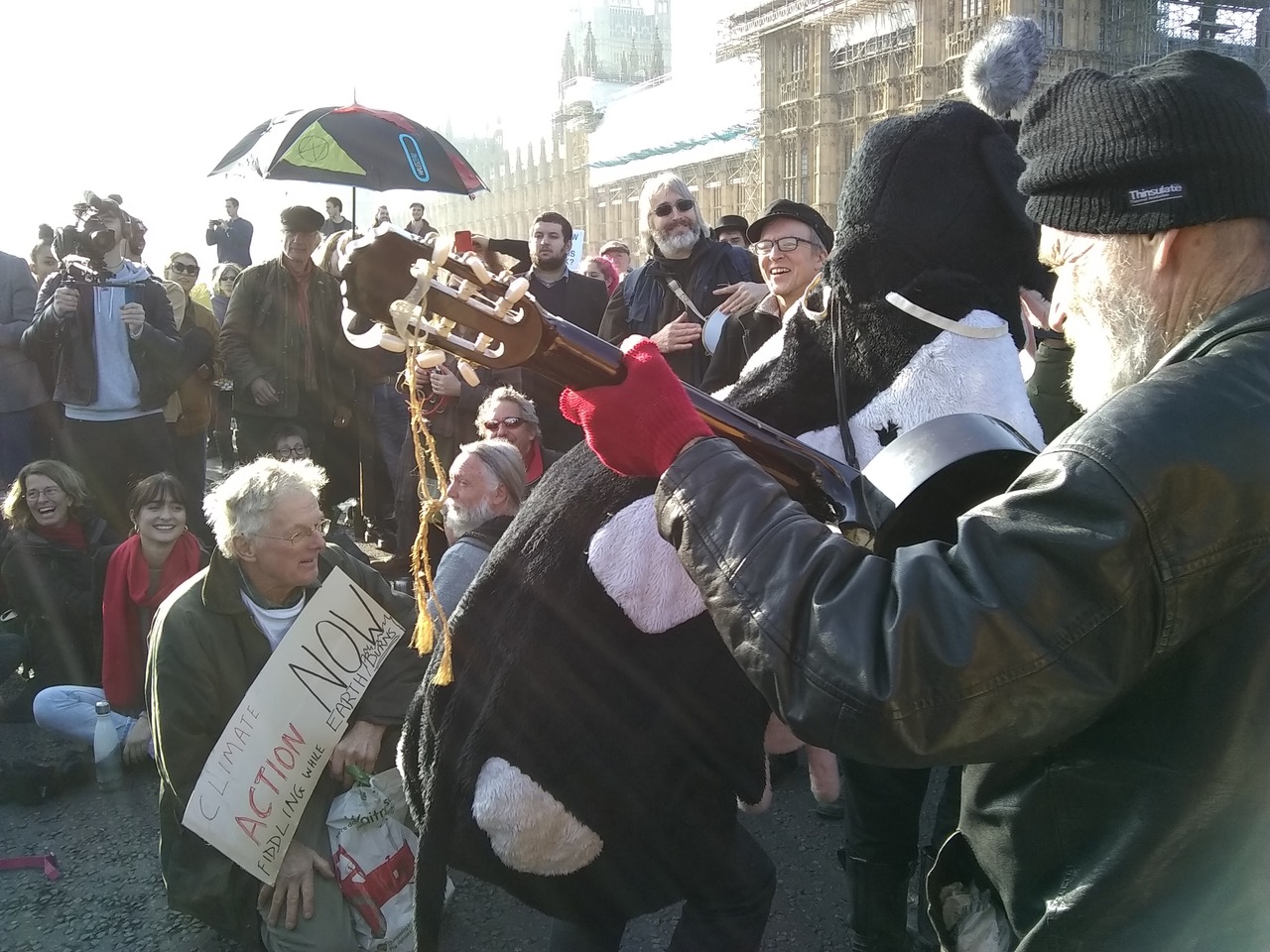 A separate event planned by The Planet Goes to Parliament with a similar goal, to demand that government follow through with urgent climate action, occurred on November 10th, in Quebec, where 50,000 people marched.
The times are calling for us to ramp up our actions and join forces to demand the wide-sweeping changes we need to address the emergency of climate change. 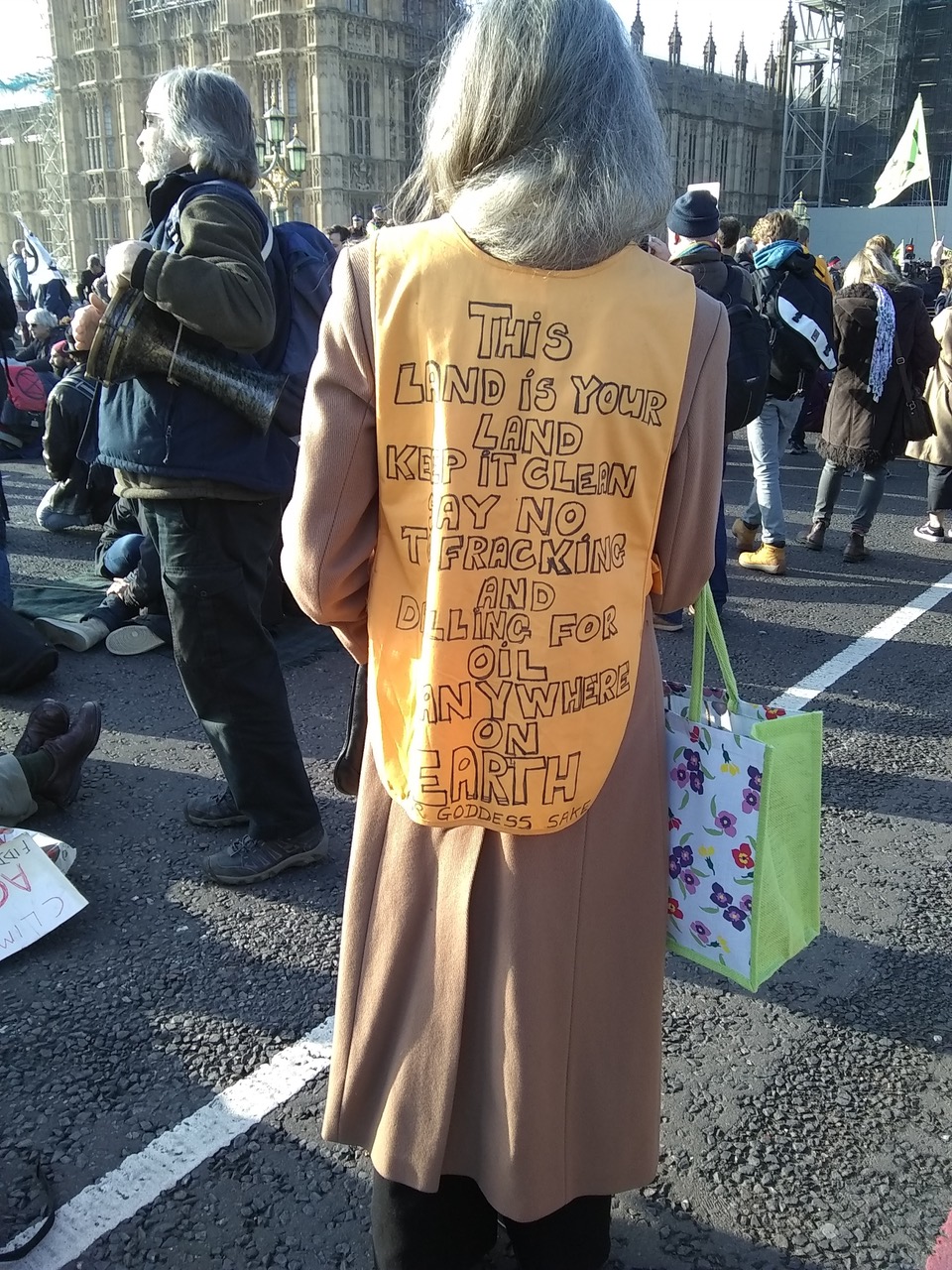 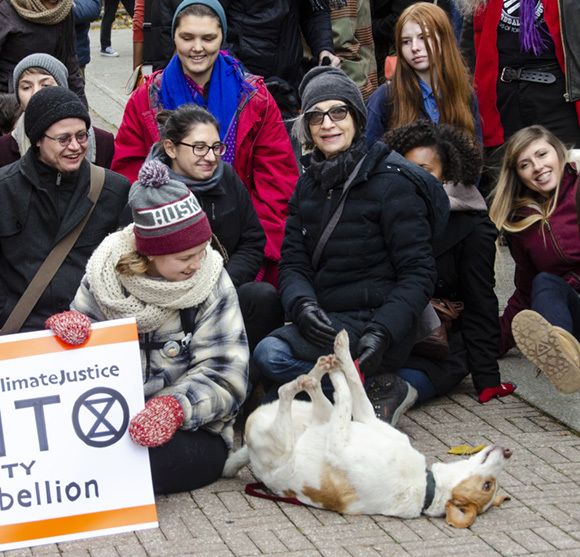