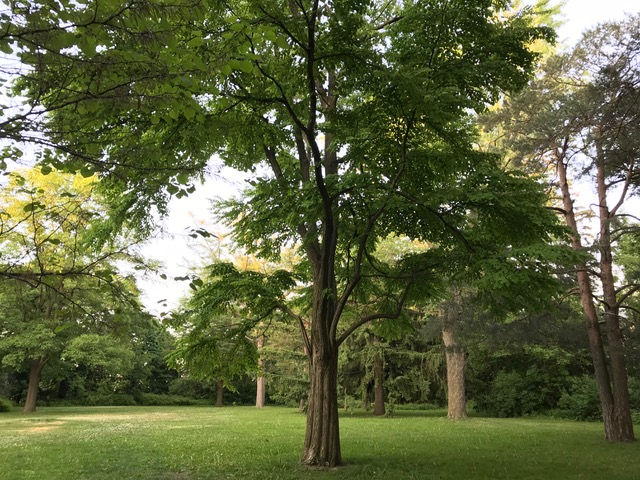 Since Ontario saw its new government instated, climate action in Ontario has been disrupted. At the same time, some of the most recent reports show that we have as little as 10 years to stop using fossil fuels and that emissions must be on a decided downward trend by 2020 - just fifteen months. The need for effective, targeted and immediate climate action is critical. We must speak up for good climate plans and demand accountable climate action from government.

Have your say by submitting a comment before October 11th, here: https://ero.ontario.ca/notice/013-3738 or come out to 60 Lowther on October 3rd at 6:30, to hear Keith Stewart of Greenpeace speak and have help submitting a comment.
For effective climate action that moves us off of fossil fuels and lowers emissions, here is what we need to address in Ontario….
Ontario has rolled back its climate action plans & ended its cap and trade program, a carbon pricing system that funded climate action on a provincial level and in Toronto. There is also now a legal battle with the federal government over imposed carbon pricing. The cancellation effects, among other initiatives:
The losses include:
Renewable incentives were withdrawn. The results include the loss of about 758 renewable energy projects. As the Environmental Commissioner, Dianne Saxe’s new report, Climate Action in Ontario: What’s Next informs, renewable projects were part of Ontario’s long-term energy plan. She explains that ten of the cancelled projects won an international competition to supply power at the lowest available price and many of them were run by small business, farmers, First Nations and cooperatives.
These back steps come at a time when we need Ontario’s Climate Action Plan to have targets based on science that will meet or exceed our Paris commitments, actionable steps to reach these targets and a system to accountably measure and report on progress. We also need a source of funding for climate action that spans sectors - transportation, buildings, energy, land use, materials, waste management.
The Environmental Commissioner’s report confirms what other recent reports have shown - a least-cost pathway to meeting meaningful emissions reduction targets includes increasing clean electricity supply and promoting energy efficiency and conservation. In Ontario, she councils, this means deploying more clean energy and storage then our current long-term energy plan dictates.
The report advises that we need to expand renewables, including hydropower, wind, solar and storage. Reconsidering the cancellation of renewable energy contracts would help fulfill this need. The report states that Ontario is already a leader in clean technology, which provides $19.8 billion annually and employs 130,000 people. Further growth of this sector can vitalize the economy and help the environment.
Removing and reducing fossil fuel use in transportation and buildings is key, as is preservation of green spaces, waterways, forests and habitats. Saxe suggests a strong clean electricity standard, a zero emission fuel standard, making the building code stronger for GHG reduction and increasing reporting for building energy use.
Some of the report’s suggestions to generate funds for low-carbon solutions include ending fossil fuel subsidies, making polluters pay, complying with Canada’s climate plan to unlock federal funds and establishing a “revolving loan system for fuel switching, energy efficiency and clean technology”. We can also call out major GHG polluting industries and businesses to account for their contribution to climate change!
Considering that the costs of inaction - health (according to the report, air pollution causes about 1,300 deaths a year), lack of work productivity, damages from storms, biodiversity loss, food shortages - are so high, acting to move us away from fossil fuels and to a low-carbon Canada is really the only reasonable option! In this article which addresses the social cost of carbon related to the Trans Mountain Expansion, the climate impacts of the project are calculated up front as between $2.1-8.7 billion and at least $675 million a year thereafter, and the social cost of carbon is estimated at $45-275 per ton of CO2. Costs incurred in Ontario also include damage from storms. In the first 5 months of 2018 alone, extreme weather events cost Ontarians 696$ million. Saxe cites rising fire management costs at about $1 billion a year.
There are so many co-benefits to shifting to renewables - jobs, poverty-reduction, economic resilience, more vibrant, healthier communities! As reported in Huffington Post, reducing greenhouse gases substantially within the next 3 years, could result in “a grand economic transformation [which] could bring a $26 trillion windfall, create 65 million new jobs, and avoid [at least] 700,000 early deaths linked to air pollution.…”  Saxe reports that energy efficiency programs as determined by the Pan-Canadian Framework, could result in a net gain of 52,099 jobs and $12.5 billion in GDP growth by 2030.
Climate change really is a non-partisan issue. Acting on it is in everyone’s best interest. As Saxe suggests, we need climate law that commits our leaders to long-term action. We need non-partisan, expert climate plan advisors, independent evaluations and every single political leader to come together to work toward climate goals and take climate leadership.
The vision of 2050, in TransformTO’s climate plan, which sees us shifting to a low-carbon lifestyle, is almost idyllic. Rooftop solar panels winking in the sunlight as people bike and walk together, cutting through the park on the way to the neighbourhood lending station. As Derek Leahy reports in the article Indigenous Power Shift from Ricochet Media, quoting Andrew Moore, “The chief often says when we have a solar spill here we call it a very nice day.” Let’s encourage our politicians to help make the future brighter for everyone!
Please see the report by Dianne Saxe at: Climate Action in Ontario: What’s Next, Environmental Commissioner of Ontario, 2018 Greenhouse Gas Progress Report, released to the Ontario Legislature, September 25, 2018. This article referenced section 1 & 5 in particular.
Do you like this post?
Tweet