Chiara Padovani is a social worker with North York Harvest Food Bank. In that role, she works on issues of food security and the right to food. Since late 2020, she has also been instrumental in the initiative, York South-Weston Neighbours for Flooding Action. 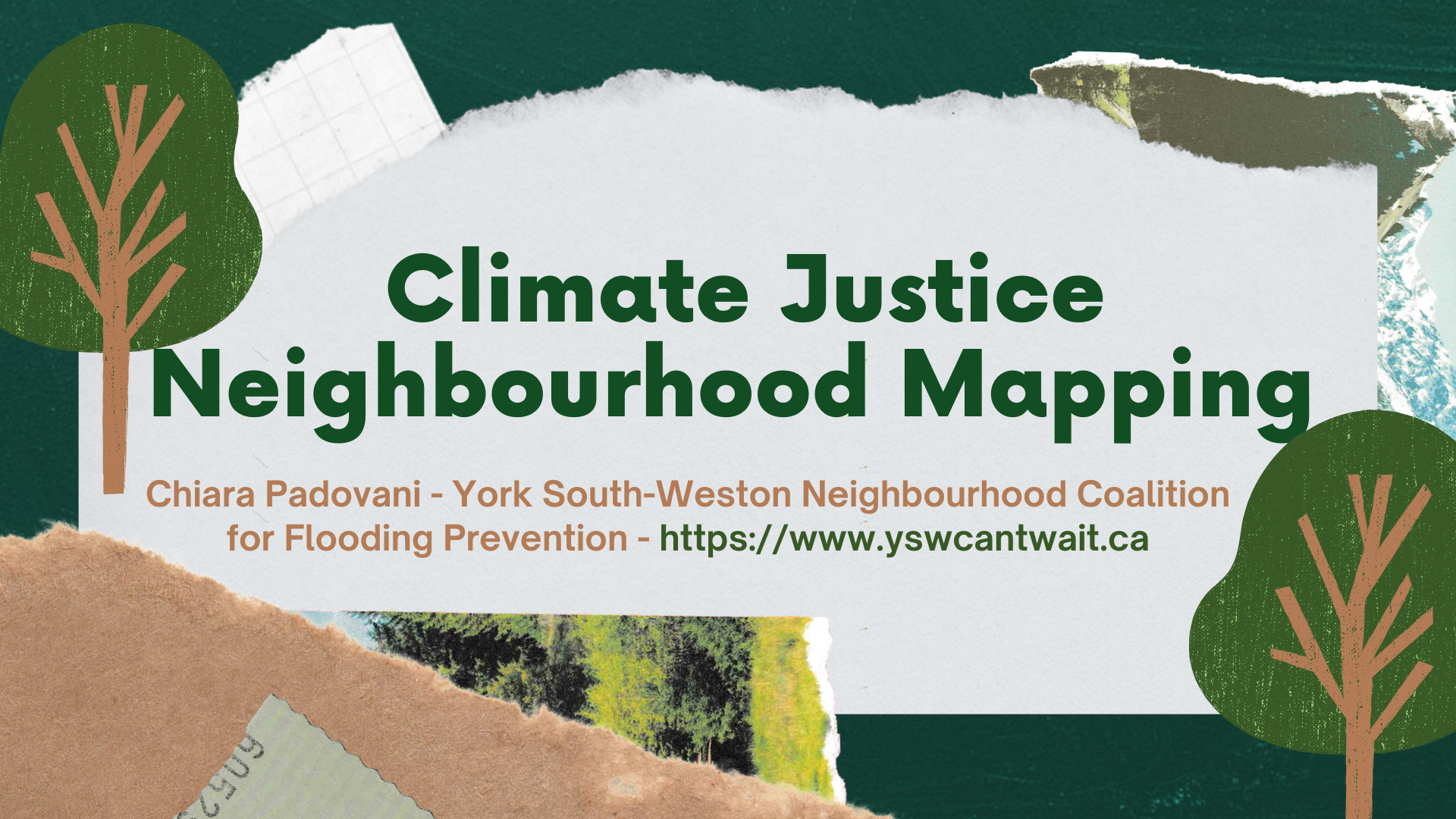 Chiara explained to TO350 members that there are different pockets in the west end of Toronto, in the rustic neighbourhood and Weston, where there is a great need to address flooding in the community. Flooding in these areas impacts roads, parks, infrastructure and specifically basements.

Misguided infrastructure, like paved surfaces, contribute to flooding. At the same time, climate change, with worsening storms - storms on a scale that used to occur once-in-a-hundred years - is dramatically increasing the damage. We are getting more severe storms, year over year. Flood events in Toronto are expected to become 1-in-15 year events by the end of the century as a consequence of climate change [1].

Rockcliffe-Smythe area, around Jane and Alliance in the west-end of Toronto, is particularly impacted by flooding and has been for a very long time. It is currently ranked as the highest priority area for riverine flood risk within Toronto Region Conservation Area [2].

In fact, York South-Weston cannot wait! The community needs action - to reduce weather-related causes of flooding as much as possible as well as to fix the infrastructure that worsens the impacts. These include stormwater infrastructure, sewer system improvements and a reduction in flooding from the waterways in the area - Black Creek specifically.

That's where the York South-Weston Neighbours for Flooding Action come in. They are working to address flooding in the area - preparing to meet its challenges and pushing for action from city councillors. Learn more and sign up for updates at yswcantwait.ca.

Last year, the motion for a stormwater charge moved to the consultation stage. Learn more about the need for a storm water charge from this Toronto Environmental Alliance presentation. Learn how to make a rainscape and rain gardens here.

Sign the petition and stay tuned for opportunities to speak up for policies and actions to prevent flooding.

Chiara ended our interview by answering the question What a Better World Would Look Like in York South-Weston. For her, it includes Toronto becoming a leader in actions that further climate justice, like ones that reduce the risks from flooding in communities like hers.