So, you’re wondering what these “Energy East Application Parties” are all about? Well, we’ve got the answers for you below – along with five reasons why we hope that you’ll get involved today. Fill out our form to take the pledge to either host an Energy East Application Party with your climate-conscious friends, or join us at one of our events taking place between February 3 – March 3.

1.   Energy East is a step in the WRONG direction

The overwhelming majority of climate experts (approximately 97%) agree that humans are causing global warming. If we want to do something about this, we need to curb our greenhouse gas emissions – and fast – not build new infrastructure that supports the system that got us to where we are now.

TransCanada’s Energy East pipeline project aims to expand tar sands infrastructure at a moment when we need to do the exact opposite. If built, Energy East will be the largest tar sands pipeline in North America. The oil it will transport (approximately 1.1 million barrels per day) would be like adding seven million new cars to the road. This is according to a report by the Pembina Institute released in February 2014, which estimated that Energy East would release 30-32 million tonnes of emissions annually.

The pipeline will also cross more than 50 First Nations communities and hundreds of waterways, all of which will be vulnerable to spills.

Not only that, but with the drop in oil prices, Canada’s economy is in trouble. Harper put all our economic eggs in one basket by forcing the tar sands on Canada. And now all of us will be paying the price. Energy East would dig us deeper into that hole.

2.   The pipeline’s review process does NOT include climate impacts

TransCanada must get government approval for their $12 billion project, and they applied to the National Energy Board (NEB) for this approval in late October 2014. But according to Peter Watson, the NEB’s chair and CEO, the NEB’s main job is to ensure proper and safe construction of the pipeline. Their focus is not on environmental factors or climate impacts. In fact, there is no Canadian federal agency that assesses the impact of pipeline projects on climate change. And given that “no challenge poses a greater threat to future generations than climate change" (as President Obama said in his State of the Union Address on Jan 20, 2015), we think there should be!

The Calgary-based energy board has declined to hear scientific evidence on climate change in past hearings. We want to make sure they hear us loud and clear this time – Canadians are concerned about the climate impacts of pipeline projects, and we want the agencies that represent us to step up and factor the climate into their review process.

3.   Climate experts and over 70,000 Canadians are already on board

More than 60 environmental and community groups have already sent a letter to NEB chairman Peter Watson requesting that the energy board include climate change in its assessment of Energy East. Among them are 350.org, Ecology Ottawa, the Council of Canadians, Greenpeace Canada, the David Suzuki Foundation and the World Wildlife Fund - Canada.

In addition, more than 70,000 people have already sent messages to the National Energy Board demanding they consider climate. So far these demands have fallen on deaf ears.  We need more people to stand up and fight for the future of our planet.

Between February 3 and March 3, 2015, the National Energy Board will accept applications to participate in the NEB Hearing Process. Toronto350.org is organizing a campaign to have as many people as possible apply to talk to the NEB about Energy East’s climate change impacts.

Canada plays a leading role in destroying our atmosphere and contributing to climate-damaging emissions. And if Canada does not stop Energy East, we will be unable to take any meaningful action on climate change.

We’re going to clog up their regulatory process and demand they take climate change seriously! But to have maximum impact, we need your help. 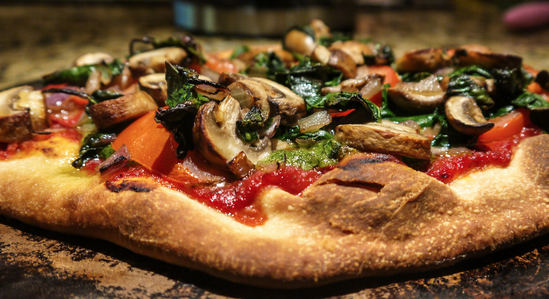 The NEB has tried to make the process as difficult as possible to silence the public's voice. Because of changes the Harper government forced through in omnibus budget bills, we're now required to apply to have a say, and the application forms are likely to be unnecessarily convoluted. They've tried to make is as difficult as possible for us to have a voice—they even picked the shortest month of the year as our application "window." But we’re not going to let their anti-democratic schemes get in our way! So we’re mobilizing to make it as easy (and fun) as possible for you to have a voice—and that’s why we’re running the application parties.

We hope we can count on your support to help us take real climate action. Sign up to take the pledge here.

Let’s make sure that they hear us loud and clear!