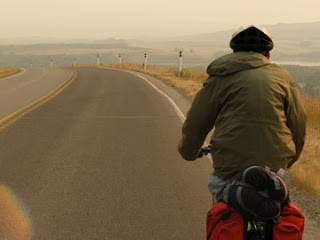 The first time, I remember talking about climate change with my family was when I use to go for walks in my neighbourhood. Some members of my family were very aware of the issue, and wanted to do more. Around that time, when I was in grade 4 and 5, my teacher let us have crayfish and butterflies in our classroom, and after the lesson was over a few weeks later, let us go to the river and release the animals. I still remember all of this 20+ years later which shaped how I will look at the environment today.

Almost 10 years later from that time, I started to volunteer for environmental groups, first with campaigning against mercury poisoning on indigenous lands, which I still do, then guiding a team of cyclists through Alberta from the US border to north of the Tar Sands which the team went through. Those campaigns have lead me to volunteer with Toronto350 for the past few years and help them move huge issues in climate justice forward.

In my time at Toronto350, the group has opened my eyes to the power of movements and how much a team of people working together can change the world. The skills, I have learned include speaking up, leading campaigns, and talking to individuals one on one, which helped me feel happy & proud to be apart of Toronto350.

Each rally, campaign, and direct action that happens, more people want to get involved in taking similar action to help the planet with Toronto350.

This April, Toronto350 is launching the Climate Defenders Monthly Giving Program which means for every new monthly donor who signs up between now and the 30th, $20 will be added to our cause by a generous supporter! Please consider contributing to the grassroots movement pushing for an equitable, sustainable future. 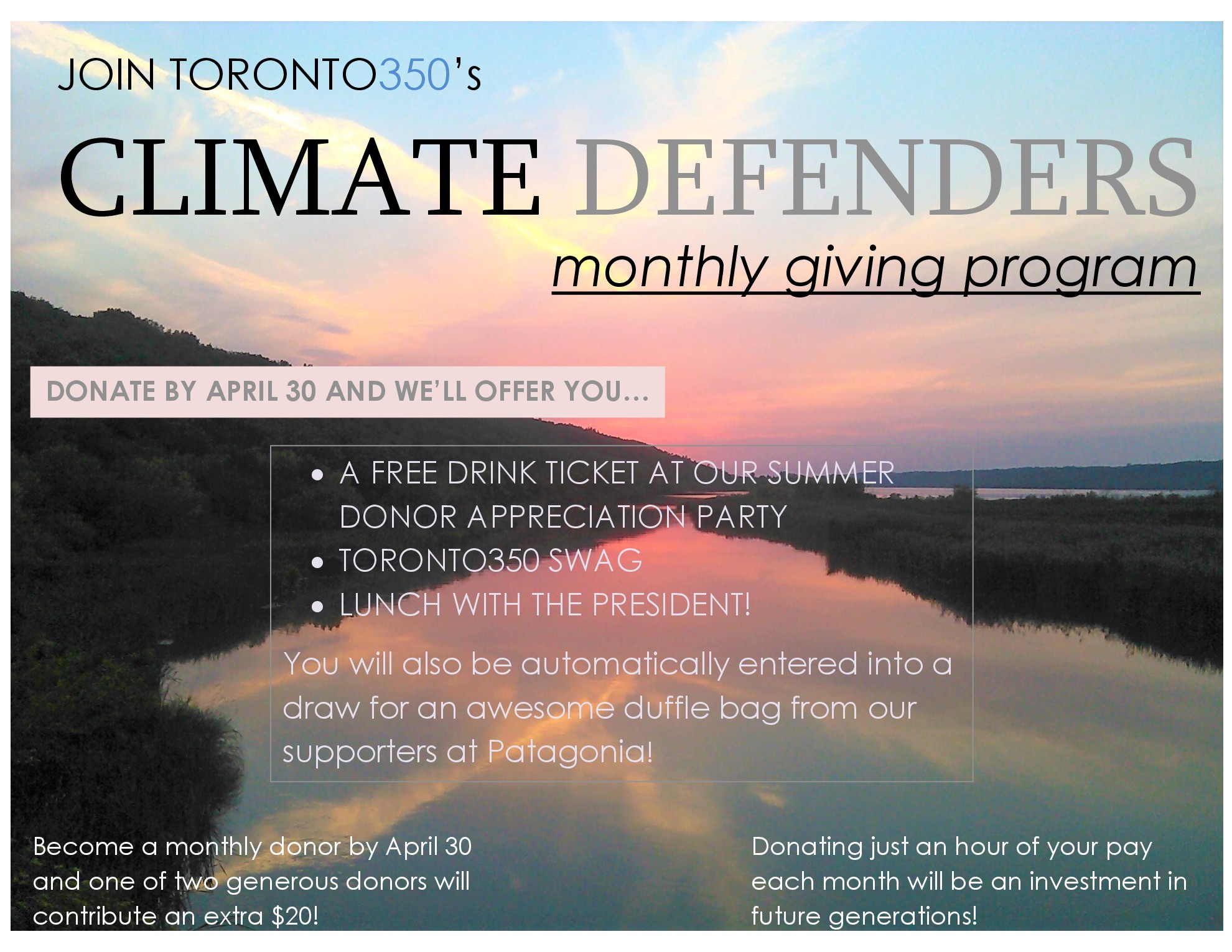 See the other participating Executive members (but donate on my page so I get the credit for your donation!)