Monkeying for the climate...

After being the president of Toronto350 for two years, I decided it was time for a change. So I became a monkey.

Noooo, not really. But I do love monkeying around, and I'm just a little worried that I won't always be able to do so. You see, as humans, we're doing something really stupid: we're burning fossil fuels. And that's causing big problems right now, such as the massive droughts ravaging 3 continents and plunging hundreds of millions into food-desperation (in 2016). And it's gonna get far worse, such as when India runs out of water in 2025, global system collapse by 2030, and the Arctic becoming a sauna by 2040. OK, I lied about that last one. ;)

All this is to say that we need to get out of the business-as-usual madness that we're currently in. And the good folx at Toronto350 not only get this—they're acting on it!

But to do more (and we need them to!), they need to be sustainable—and to receive reliable income from dedicated and concerned people like you.

Actually, not people "like" you. They need it from you. Cos if you don't donate, who do you think is going to?!?

Still not convinced? Check out some of the things they've already done, influencing $millions away from fossil fuel investment and keeping millions of barrels of tar sands filth in the ground. Boom! 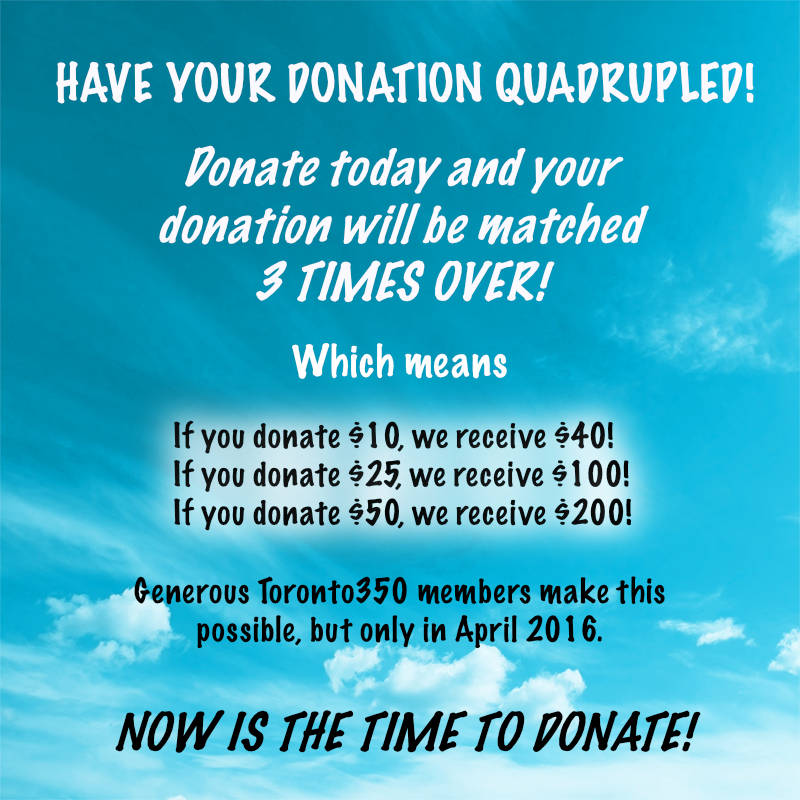