We stand with Standing Rock 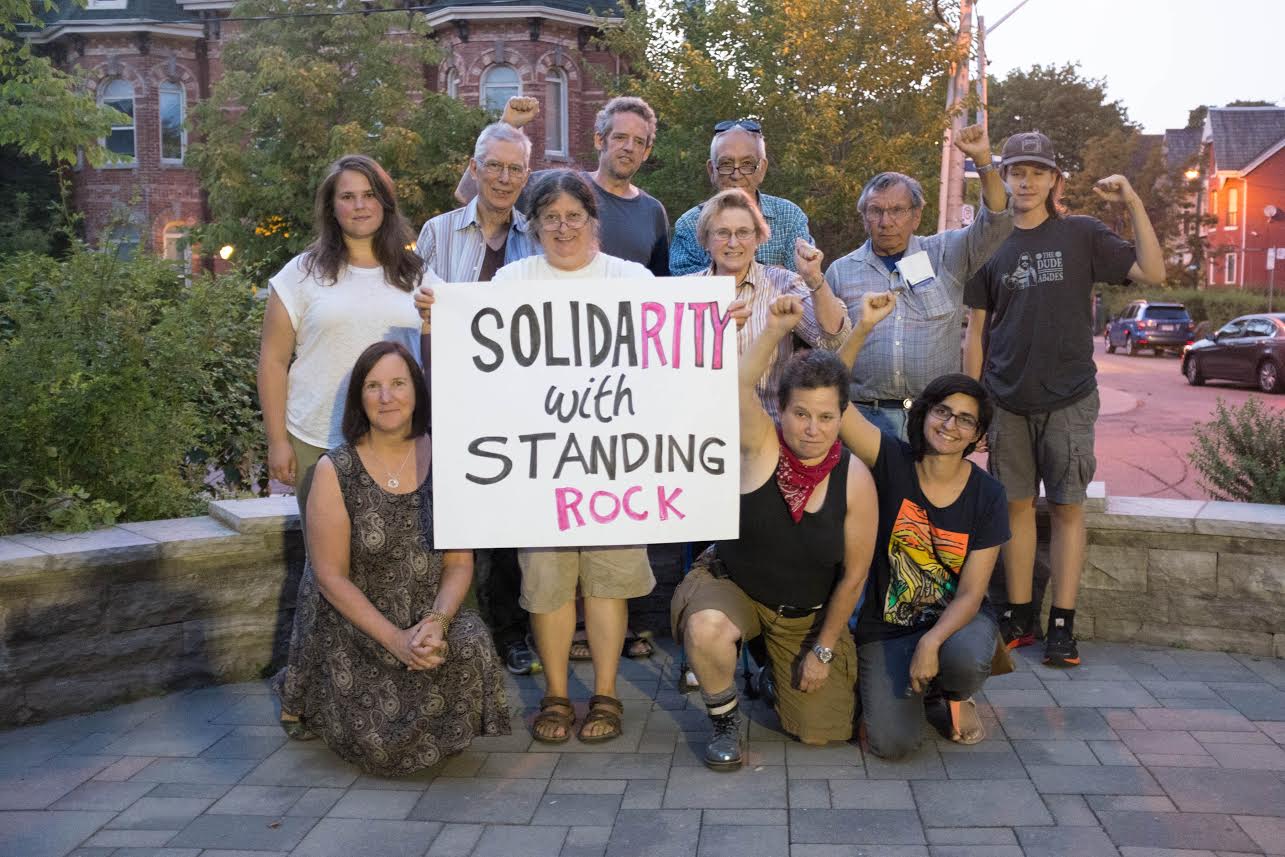 From Genocide to Eco Genocide: Whose life Matters?

Why do I fight against climate change?

Turtle Island (a.k.a. North America) is a place of continued Genocide. When I look at ‘history’ I see Genocide. When I look at the ‘present day’ I find environmental or Eco Genocide: killing off a group of people by destroying the lands, water, air, and food sources they rely on. I wonder if my children will learn an extremely watered down version of the history of Eco Genocide from the school system and then once they graduate post secondary education start to relearn it more graphically - as I did with the Genocide of Indigenous people on Turtle Island.

The Kairos Blanket Exercise is something I’ve done a few times and the last time I did was when I asked for the exercise to be done with Toronto350. What struck me the most was watching the family, with three kids, who came to participate in the exercise. During the exercise the narrators spoke of children being taken from their families and placed in residential schools where they were forced to speak English (or beaten), and if they did manage to find their families again, were not always able to integrate back (loss of language, culture etc). I wondered how this family of five was feeling. I read scroll 14, about mice running over their lunches, about children knowing that other kids had better schools with science labs and libraries - and knowing their school didn’t left them them believing that they don’t matter.

Chippewas of the Thames First Nation

Toronto350 is in solidarity with Chippewas of the Thames First Nation and their Supreme Court of Canada case to fight for their constitutional rights of being consulted and stop Enbridge Pipeline Inc from transporting diluted bitumen through their community. Do you want to help?

2. To order a beautiful feather lapel pin, go to www.etsy.com/ca/shop/SupportCOTTFN?ref=search_shop_direct 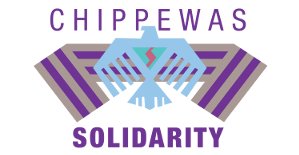 We have all watched with increasing dismay and concern the treatment of Black Lives Matter- Toronto protesters and allies by Toronto Police Services. On the evening of March 21st, the International Day for the Elimination of Racial Discrimination, Toronto police circled and ambushed peaceful protestors. Children, young women and men, trans people, disabled people and their friends were shoved, punched, and pushed on to the ground. Their materials were smashed, tents and personal belongings were taken, and a barrel of fire to keep them warm was extinguished with an unknown toxic waste. 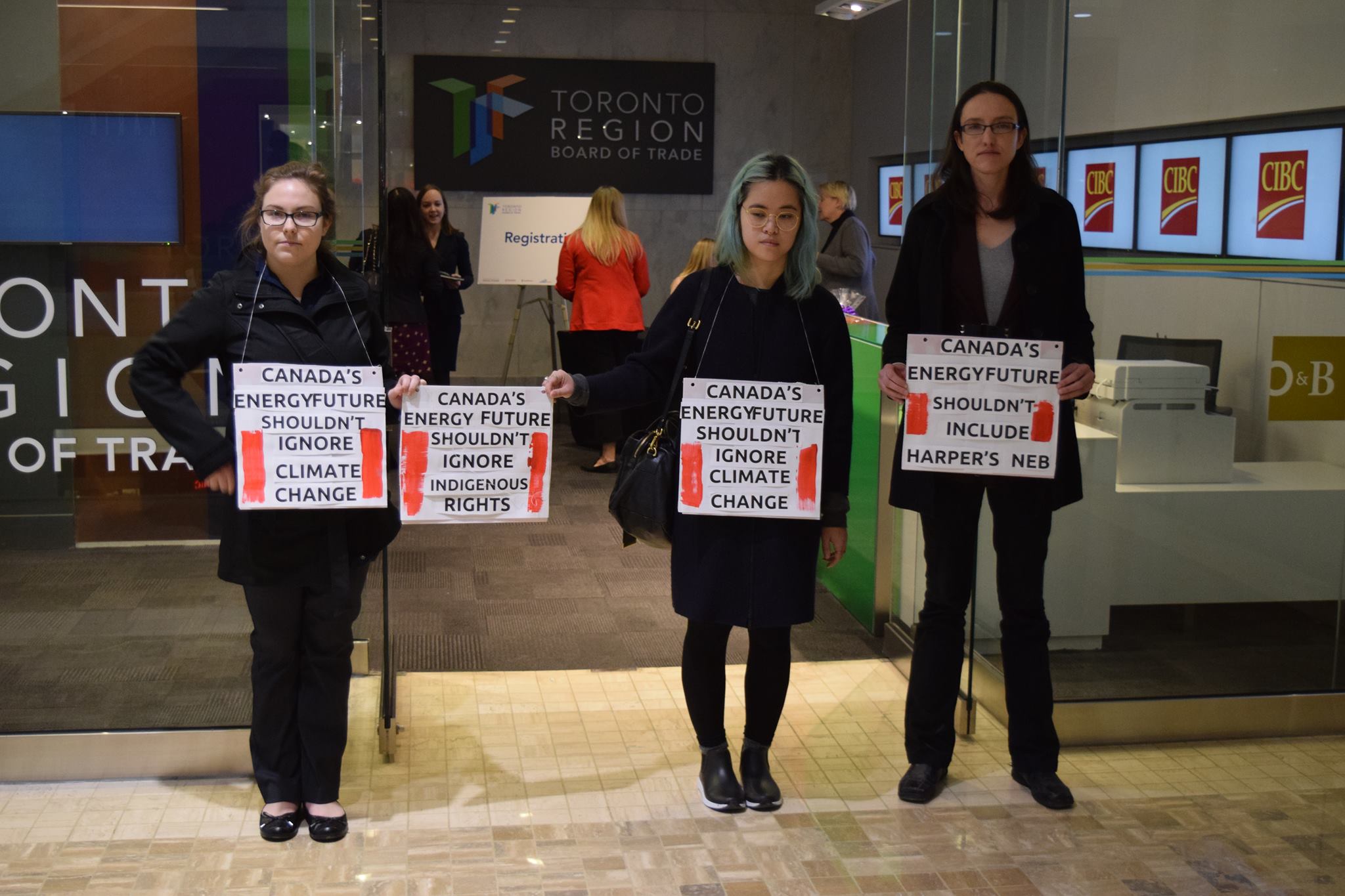 COP21: Ambitious Goals and the Implications of 1.5

The Paris Agreement is a landmark step to prevent global catastrophe, and moves us closer to a world free of fossil fuel burning. It is also admirable that finances are to be allocated through the Green Climate Fund to not only fight climate change, but to agree to distribute those funds on a needs basis.

However, as many other environmental advocates have noted, this agreement fails on a number of key points. Notably:

Presidential Committee Recommends Divesting From Fossil Fuels Companies Who Will Warm the Planet by more than 1.5 ℃

Toronto, ON -A University of Toronto Committee just recommended immediate targeted divestment from fossil fuel companies whose activities “disregard a 1.5-degree threshold” of global warming. UofT is now poised to be the largest Canadian university to commit to divesting from most fossil fuel companies. The University of Toronto fossil fuel divestment campaign welcomes the Committee’s opinion that “the social injury caused by fossil fuels companies whose actions blatantly disregard the 1.5-degree threshold is clear, egregious, and inordinate.” Jade Wong, a student organizer commented on this saying, “this decision reinforces the Paris Climate Agreement’s implication that the era of fossil fuels is over.”

Toronto, ON--More than 200 University of Toronto faculty members have signed an open letter urging the University to drop all of its direct stock holdings in coal, oil, and gas. Professors from dozens of departments, from engineering to anthropology, signed the open letter, available at UofTfacultydivest.com. A recommendation on divestment will be made to the U of T administration by an advisory committee this December, close to the time when UBC is expected to decide. 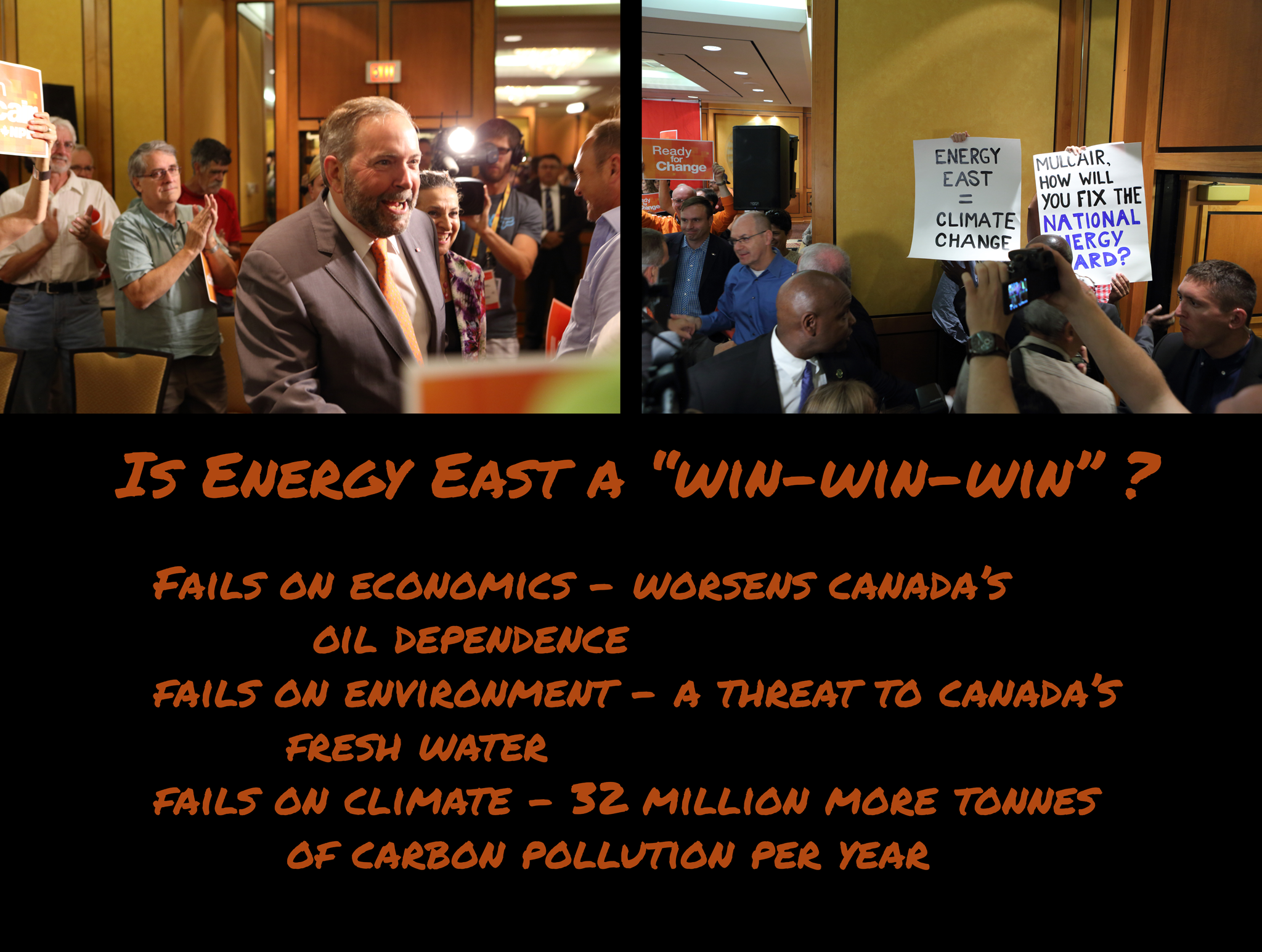 Last night, Thomas Mulcair told Canadian voters that the Energy East pipeline could be a “win, win, win” scenario. A win for the economy, a win for the environment, and a win for the climate.

Today, Toronto350 activists attended an NDP rally to make sure that the Honourable Leader of the Opposition understands that we do not agree.

Ex-Quebec Minister of the Environment, Mr. Mulcair said that the way forward was to fix the environmental assessment process and the National Energy Board. Our volunteers went to his rally in Toronto to ask a simple question – how?

How would he undo the damage done to the integrity of the Energy Board?

How would these improvements change the fact that building and running pipelines is inherently dangerous to the environment, increases our dependence on oil, and pumps even more carbon into our fragile atmosphere?

How could the 35% increase in tar sands extraction Energy East would facilitate be compatible with climate action?

Unfortunately, rather than engage our activists, the NDP had them removed from the rally.

The NDP's position baffles more people than us. They oppose Northern Gateway, they oppose Keystone XL. Energy East faces all the same problems but is a far bigger pipeline. It would stop the NDP from fulfilling the Climate Change Accountability Act if elected.

We join millions of other Canadians in again urging all political parties to reconsider their positions on pipelines, which are a lose, lose, lose scenario. Throwing out dissenters is not the Canadian way and not how we will solve the most pressing issue of our generation.

How many must resist to change the system?

In his 2015 book Wages of Rebellion: The Moral Imperative of Revolt, journalist Chris Hedges describes the research of two academics who have investigated the determinants of success for rebellious movements. He writes:

"Maria J. Stephan and Erica Chenoweth examine 100 years of violent and nonviolent resistance movements in their 2008 article "Why Civil Resistance Works: The Strategic Logic of Nonviolent Conflict." They conclude that nonviolent movements succeed twice as often as violent uprisings. Nonviolent movements appeal to those employed within the power structure, especially the police and civil servants, who are cognizant of the corruption and decadence of the power elite and are willing to abandon them. And, the authors point out, with as little as 3.5 percent of the population who are organized and disciplined, it is possible to bring down even the most ruthless totalitarian structures." (p. 84)

As far as I can tell, the claim about 3.5 percent of the population doesn't come from that paper, but from Erica Chenoweth's 2013 TEDxBoulder talk: "The success of nonviolent civil resistance" (See also: "Peaceful protest is much more effective than violence for toppling dictators").

Regardless of the precise source, there's an appealing symmetry to that 3.5% figure, when placed alongside the conviction that the atmospheric concentration of CO2 must be kept below 350 parts per million (ppm) if we are to avoid the worst effects of climate change.